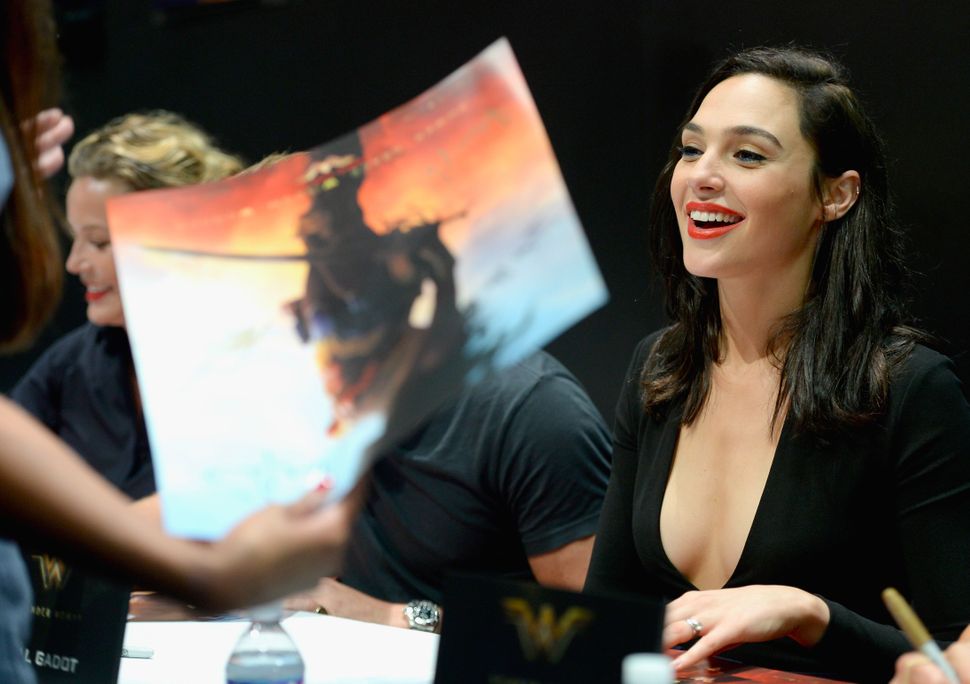 — Israeli actress Gal Gadot announced in a tweet that she and her husband are expecting their second child.

Gadot, who will be playing Wonder Woman in DC Comics movies, posted a photo Sunday evening of herself and husband Yaron Varsano, an Israeli real estate developer, taking a selfie of the couple making a heart shape with their hands on her belly. The hashtag reads #mommyforthesecondtime. The couple have a 5-year-old daughter.

So excited to share this wonder with you… #mommyforthesecondtime ✨

Her character will soon have a movie of her own. Taking place during the World War I era, the movie will introduce Wonder Woman’s alter ego, Diana Prince, and her origins on the Amazonian island of Themyscira.

“Wonder Woman” is scheduled to open in theaters in June. The character was introduced in DC Comics movies several months ago in “Batman v Superman: Dawn of Justice.” She is also scheduled to appear in the superhero film “Justice League,” which comes out in November 2017.