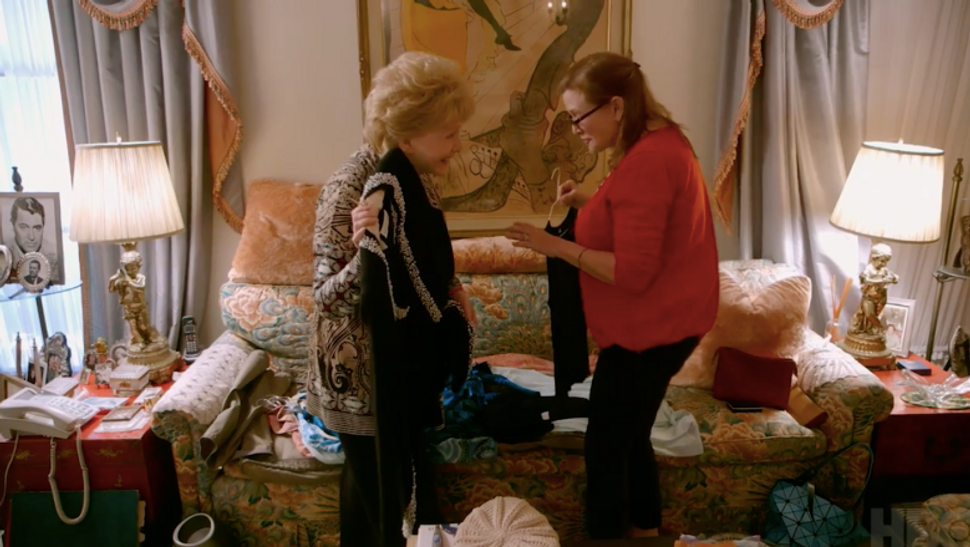 Get ready for a seriously crushing two minutes.

The first trailer for “Bright Lights,” an HBO documentary about Debbie Reynolds and Carrie Fisher, has hit the internet and it’s just as intimate, warm and funny as we could possibly hope it to be.

“Mummy, I’m home!” Fisher calls out in the opening moments of the teaser. She walks into her mother’s house with a tray of food, and then promptly chastises her for still using a flip phone.

The film, shot while Fisher was rehearsing for the most recent “Star Wars,” shows the two women spending time together, trading barbs, supporting one another through new career moves and talking about their storied Hollywood past.

Originally slated to be released in March, the documentary was given an earlier premiere date after the untimely passing of both Fisher and Reynolds in December.

“I’m my mom’s best friend,” Fisher can be heard saying at one point, to which Reynolds firmly agrees.

“I share everything with my daughter,” Reynolds says. “Especially the checks.”

Watch the bittersweet trailer below, and then check out the feature film when it premieres January 7th on HBO.