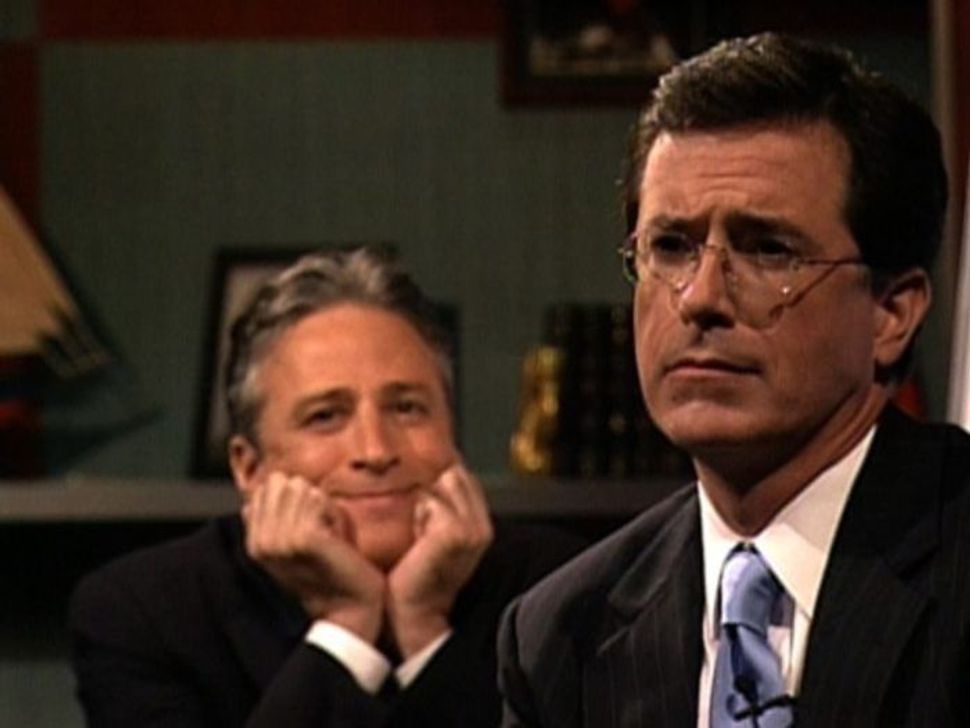 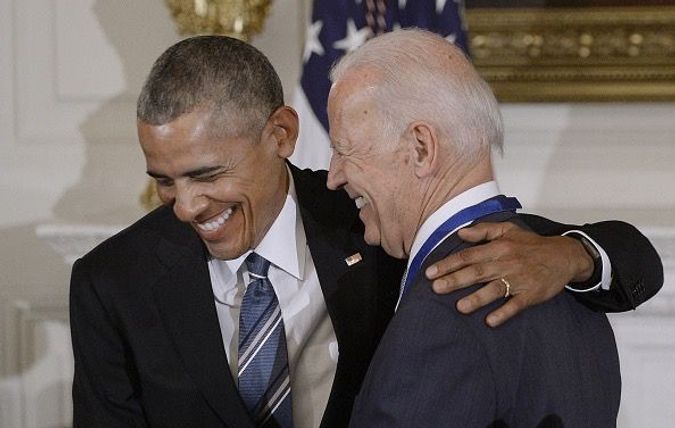 With President Obama leaving the White House, we also have to say goodbye to one of our favorite bromances of all-time.

Yup, you know what we’re talking about. The leader of the free world and his “brother” Vice President Joe Biden.

Remember that time Biden made a friendship bracelet for Obama?

Happy 55th, Barack! A brother to me, a best friend forever. pic.twitter.com/uNsxouTKOO

Or when their selfie game was on fire?

Found a friend to join my first selfie on Instagram. Thanks for following and stay tuned. –VP

To honor the iconic White House friendship, we pulled together seven of our very favorite Jewish bromances. 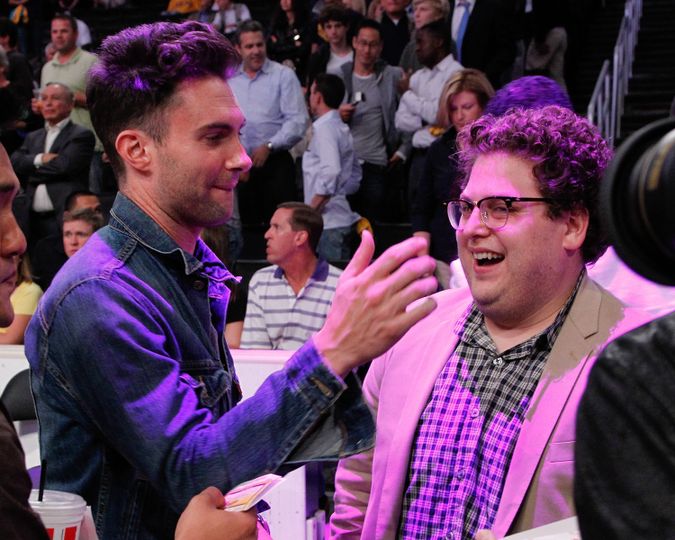 Adam Levine and Jonah Hill at a Lakers Game. Image by Getty Images

The actor and the Maroon 5 frontman have been best bros since childhood (they even carpooled to school together). In 2014, Hill officiated Levine’s wedding. #FriendshipGoals.

Often a bromance is just hinted at: a longing glance here, a hug there, the rest is left to our (juicy) imagination. But not when it comes to best buddies Seth Rogen and James Franco. In a parody of Kanye West’s video “Bound 2,” they gifted us with a full blown make out session on a motorcycle.

James is not the only Franco brother who’s got some bro-loving. The bromance between Dave Franco and his “Neighbors”-co-star Zac Eforn is so real that tabloids even regularly announce that the two are dating. This was spurred on by a sarcastic Instagram post of James congratulating his little brother on the relationship with Efron. Sadly not true. A girl can dream, though.

Donald Faison and Zach Braff are one of the most iconic TV bromances, but their love extends from the set of “Scrubs” out into the real world. The two tweet at each other, spend birthdays together, and Braff even took over an AMA that Faison was doing on Reddit.

If this isn’t the picture of love, what is? 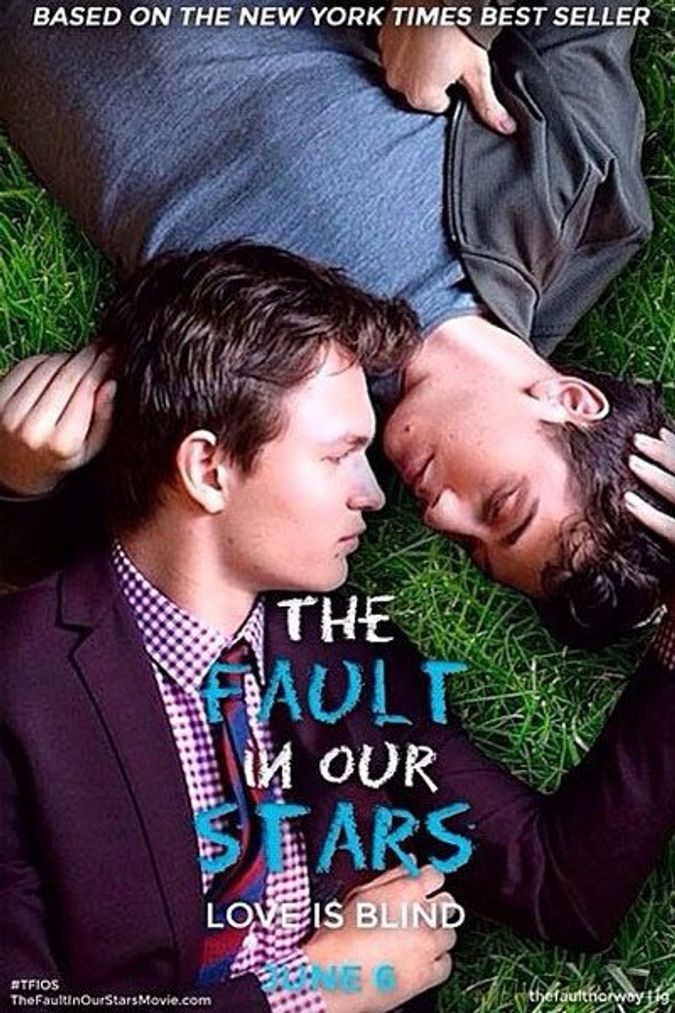 Natt Wolff and Ansel Elgort recreate the cover of The Fault in Our Stars. Image by Instagram

“Divergent” star Ansel Elgort and “Paper Towns” lead Nat Wolff met on the set of “The Fault in Our Stars.” Since then the two have become inseparable and even tag their Instagram pictures with #bff. But the ultimate proof of their bromance was when they recreated this alternate “The Fault in Our Stars” movie poster pictured above.

Fans love their love so much that they create a celebrity couple nickname for them: Nansel. 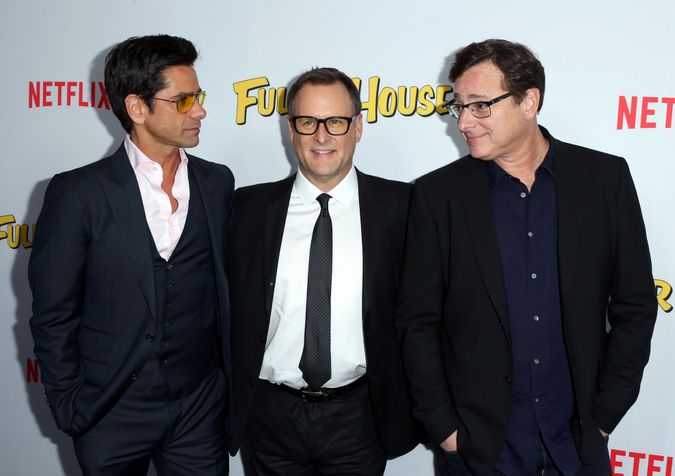 Dave Coulier, John Stamos and Bob Saget met on the set of “Full House” in the 1990s, and have been friends since. They got to rekindle their guy love when Netflix rebooted “Fuller House.” 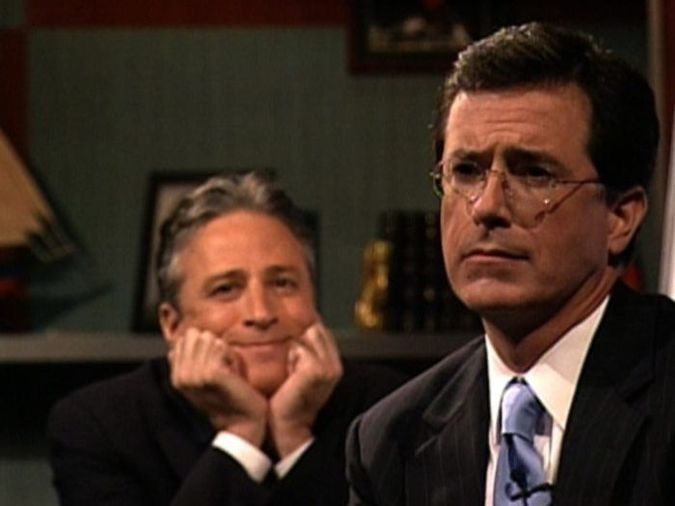 All I want in life is for someone to look at me the way Jon Stewart looks at Stephen Colbert.

Stewart gave his Colbert his start as a correspondent on “The Daily Show” and the two men continue to be close long after leaving the show. Stewart even used to have a bobble head of his friend in his office.

After all that Jewish bromantic love, its time for a celebration!