Amy Schumer Defends Her Cousin Chuck After Trump Lashes Out 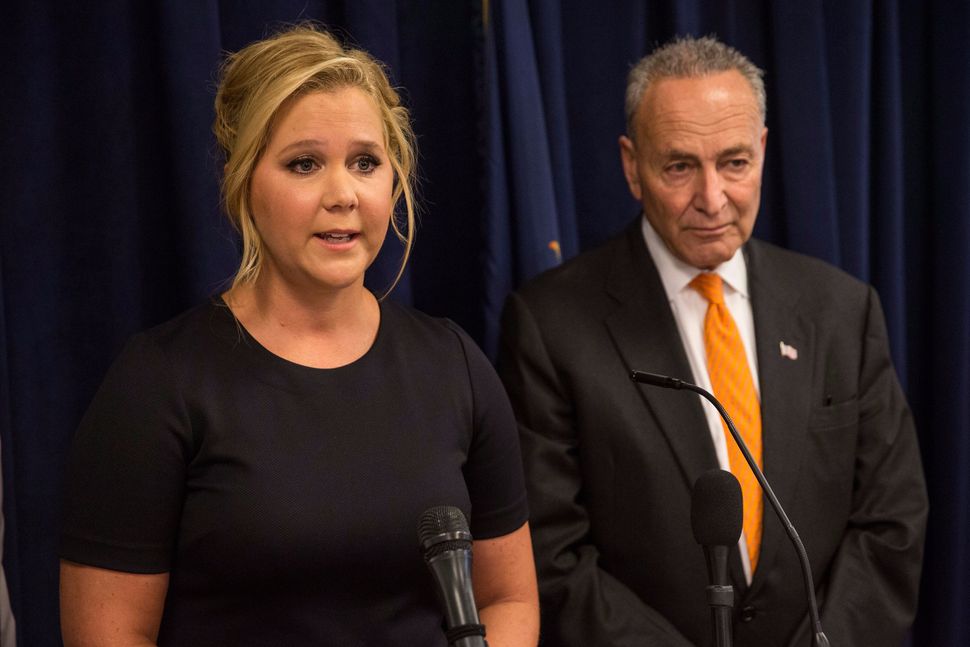 Amy Schumer is standing up for her cousin.

The comedian took to Instagram to defend New York senator Chuck Schumer, after President Trump accused the Democratic leader of crying “fake tears” while speaking out against the immigration ban.

“I know Chuck Schumer and HE CANNOT act trust me. He can barely smile on cue,” she wrote in a post Tuesday morning. “He can’t help but be transparent and genuine. He was hurt for those people and all the people facing such unconstitutional injustice.”

The two, who are related through the comedian’s father, joined forces last year to advocate for new gun control legislation.

Schumer accompanied her Instagram post with a screenshot of Trump’s tweet lashing out her cousin, which read: “Nancy Pelosi and Fake Tears Chuck Schumer held a rally at the steps of The Supreme Court and mic did not work (a mess)-just like Dem party!”

The comedian went onto condemn Trump’s executive order as “unconstitutional and cruel,” and pushed for concerned citizens to act.

“[Muslims] are good, hard working people and a refugee from the countries he isn’t letting people in from have never committed any acts of terrorism on US soil,” she wrote. “We need to fight this now and together. Call congress. Call the senate. We need to wake up and rise up together. People need our help.”

Amy Schumer Defends Her Cousin Chuck After Trump Lashes Out