Lena Dunham Speaks With Ariel Levy, And More To Read, Watch, And Do This Weekend 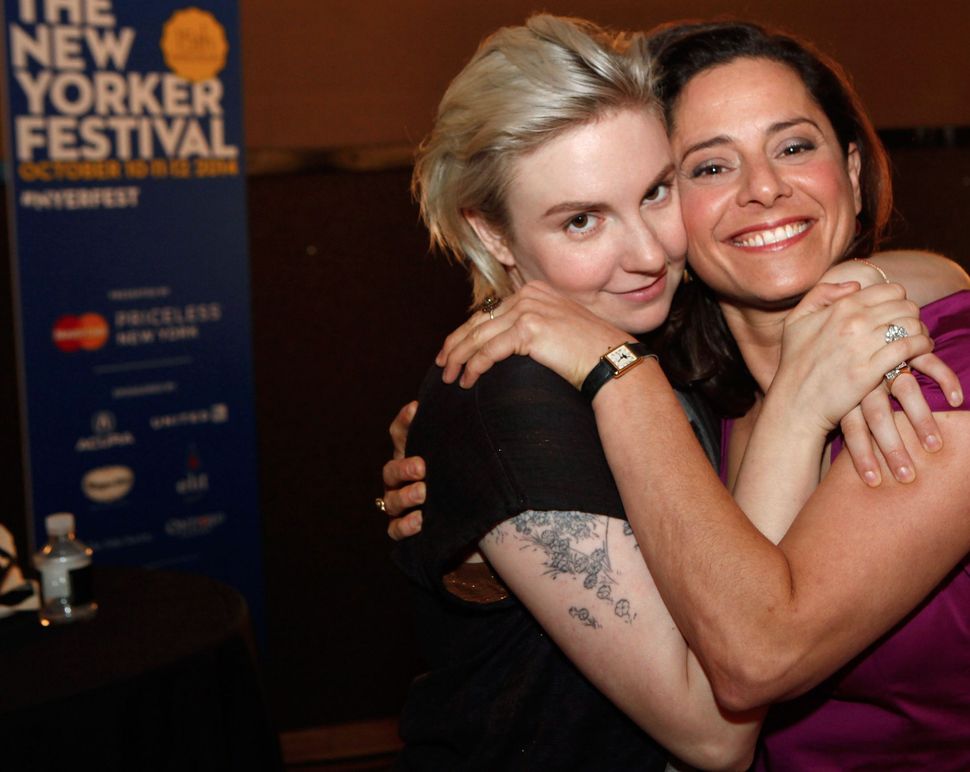 Having safely gotten ourselves past the Ides of March, it’s time to celebrate with a weekend filled with the best cultural events across the country.

In New York, spend Friday night at the 92nd Street Y, where Ariel Levy will speak with Lena Dunham about her new memoir “The Rules Do Not Apply.” (That memoir is in bookstores now; for a teaser, read Levy’s 2013 New Yorker essay “Thanksgiving in Mongolia,” which introduces the story that serves as the crux of the book.) Saturday, stop by The Rubin Museum to hear entrepreneur Isaac Lidsky speak with Jacqueline Gottlieb about the brain’s ability to perceive without sight, and Sunday, learn to write and illustrate your family history as a graphic novel at the Museum of Jewish Heritage: A Living Memorial to the Holocaust.

In Chicago, spend Sunday afternoon at the Spertus Institute touring the exhibit “Voices of Wisdom,” created in partnership with the Midwest Jewish Artists Lab, with several of the artists whose work it includes. And Tuesday the 21 — yes, we know it’s not technically the weekend — see if you can make it to the Chicago production of, well, “Chicago” as it celebrates the 90th birthday of John Kander, the musical’s composer.

In Washington D.C., catch one of the last two events of this year’s Washington Jewish Literary Festival, hosted by the Edlavitch DCJCC. On Saturday, Maya Benton will discuss her book “Roman Vishniac Rediscovered,” and on Sunday, the DCJCC will play host to the radio show “Selected Shorts,” which will feature readings of short stories exploring the festival’s theme of “Unexpected Journeys.” Put the Keegan Theatre’s production of “Parade” on your to-do list, as well. As a musical telling of the framing and lynching of Jewish man in the early-20th-century South, it’s not exactly the cheeriest subject matter, but it will leave a powerful artistic impression.

In Los Angeles, see one of the Pasadena Symphony and Pops’s Saturday performances “Mozart and Mendelssohn,” and follow up by listening to something by Mendelssohn’s under-appreciated sister Fanny, also a composer — perhaps her “Easter Sonata,” recently broadcast by the BBC. Sunday, stop by American Jewish University for a stand-up comedy showcase featuring Annie Korzen, of “Seinfeld” fame.

Lena Dunham Speaks With Ariel Levy, And More To Read, Watch, And Do This Weekend