‘Grace And Frankie’ Returns, And More To Read, Watch, And Do This Weekend 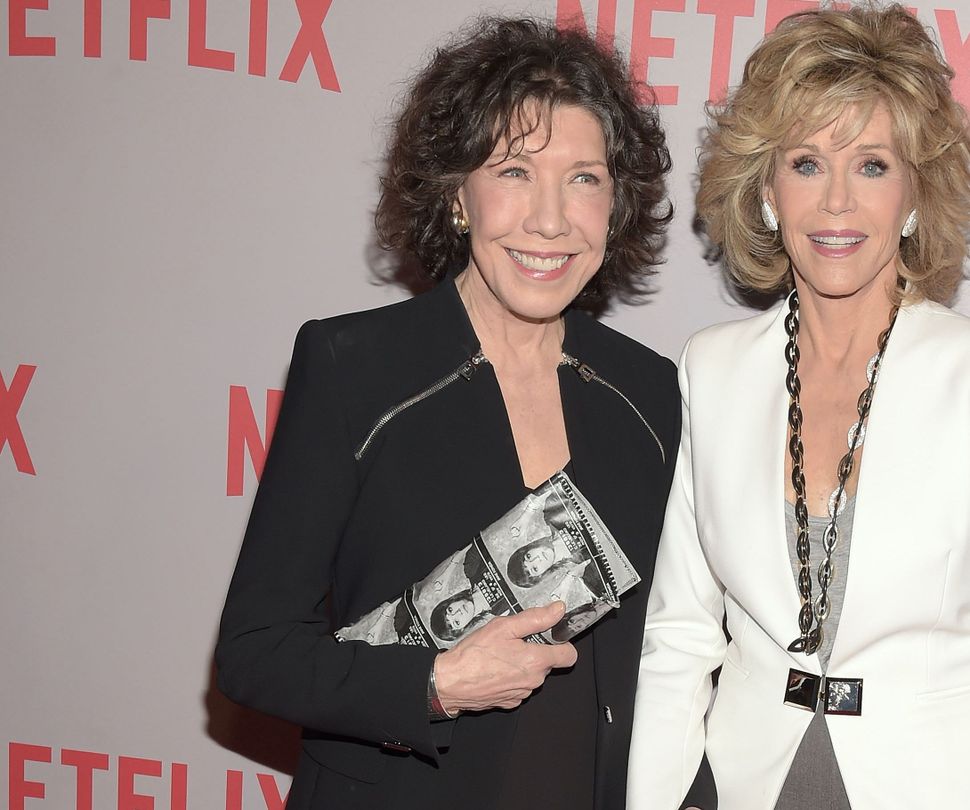 It’s officially spring, which might mean you’re hoping to spend your weekend outside, drinking in the warmer weather. (Or, you know, fretting about the reason it’s already so unnervingly warm.)

If you’re still in winter hygge mode, though — anyone who knows a Yiddish synonym for “hygge,” please step forward — spend your weekend bingeing the newly-released third season of Marta Kauffman and Howard J. Morris’s Netflix show “Grace and Frankie.” Trailers hint that Jane Fonda and Lily Tomlin are just as hilarious a pair as ever, and this time around they have sex toys, so watch out.

If you prefer the genre of Scary Aliens In Space to that of elderly shenanigans, head to the movie theater instead for the new Jake Gyllenhaal-led film “Life.” Trailers for that movie suggest, er, a different sort of bodily conquest is in store, and one that can be played for fewer laughs.

Instead of seeking out new reads this weekend, look to the catalogue of accomplishments by the much-lauded, recently deceased editor Robert Silvers. His greatest legacy is the New York Review of Books, of which he was a founding editor; pay homage to Silvers’ dedication to that publication by reading its authors’ memories of him.

Silvers also edited a number of books, notably Joan Didion’s “Salvador,” a collection of essays on El Salvador that Silvers commissioned for his journal. Didion’s politically nuanced examination of the Central American country, then overrun by a civil war, turns focus back to the influence of the United States’s foreign policy. Now, as then, the picture she presents is both uncomfortable and essential.

Also new on shelves is former Forward contributor Judith Matloff’s new book “No Friends But the Mountains.” Matloff, a longtime war correspondent, was curious about why conflicts tend to center on mountainous landscapes, and The New York Times got a sneak peek at what she learned.

In New York City this weekend take your pick of film, art, and theater. In the first category, attend the Museum of Jewish Heritage’s Sunday screening and discussion of the documentary “Bogdan’s Journey.” In the second, head to the Marian Goodman gallery for an exhibit of Lawrence Weiner’s textual art work And in the last, attend Lincoln Center Theater’s staging of Sarah Ruhl’s new play “How to Transcend a Happy Marriage,” directed by Rebecca Taichman, or its new Broadway production of J.T. Rogers’s “Oslo,” now in previews.

In Chicago, get enchanted by the work of George Gershwin, some of whose most beloved tunes will be presented by the Chicago Symphony Orchestra on Friday and Saturday. On a different end of the musical spectrum, Regina Spektor will appear at the Chicago Theater on Friday night. And if it’s drama you’re after, look to the Court Theatre’s staging of Tom Stoppard’s newest play “The Hard Problem.”

Los Angeles, this weekend, presents two great opportunities to laugh. On Friday night, seek out the Santa Monica Playhouse’s “Author! Author!”, a humorous ode to Sholem Aleichem, and on Saturday, take to Hollywood Improv for standup by Ben Gleib. If you’re feeling nostalgic — or just trying to gear up for the eight days of matzah that are rapidly approaching — spend Sunday afternoon at the Skirball Center’s screening of the documentary “Streits: Matzo and the American Dream.”

Last but not least, for those in Washington D.C., check out the first weekend of the North Virginia Jewish Film Festival. This weekend’s offerings include the documentary “Breakfast at Ina’s,” the comedy “The Last Band in Lebanon,” and the French drama “The Law.”

‘Grace And Frankie’ Returns, And More To Read, Watch, And Do This Weekend