We Can’t Make This Up: Yiddish Song Performed On Mongolia’s American Idol 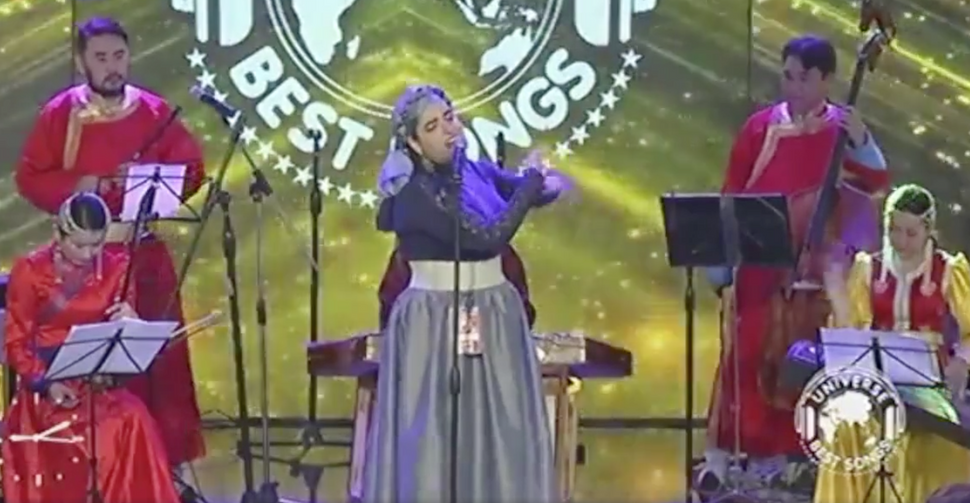 Besides Mexico City, which hosts the annual Yiddish Idol competition, there really is nowhere on earth where you would expect to hear a Yiddish song performed as part of a singing competition, let alone on national television. Recently, however, the American-Jewish singer Amalia Rubin performed an excellent rendition of Moishe Nadir’s “The Rebbe Elimelech” on the Mongolian TV show Universe Best Songs, a local take-off of American Idol.

Mongolia? Yes, really in Mongolia. Amalia Rubin, who lives in the Mongolian capital Ulaanbaatar where she works as an English teacher, specializes in the music of Mongolia and Tibet. As can be gleaned from her Youtube channel, she is comfortable speaking both Mongolian and Tibetan. Rubin is well known in Tibet and among the Tibetan diaspora as one of the few western women who sings traditional songs in that language. Besides Tibetan and Mongolian she performs in a wide range of languages including Hindi, Thai, Ladino, Hebrew and Chinese.

Her performance on Universe Best Songs, which has been viewed more than 43,000 times, was accompanied by traditional Mongolian musicians. Although one judge critiqued her and the musicians for not having practiced together enough it is clear from the audience’s reaction that they greatly enjoyed the song.

Moishe Nadir’s “The Rebbe Elimelech” was written in 1927 and quickly became so popular that most Eastern-European Jews believed it to be a folksong. It is essentially a Yiddish take on the traditional English song “Old King Cole” that describes how the Rebbe Elimelech becomes merrier and wilder the more he drinks.

Jordan Kutzik is a staff writer at the Forverts. He can be followed on Twitter @thrownpeas.

We Can’t Make This Up: Yiddish Song Performed On Mongolia’s American Idol