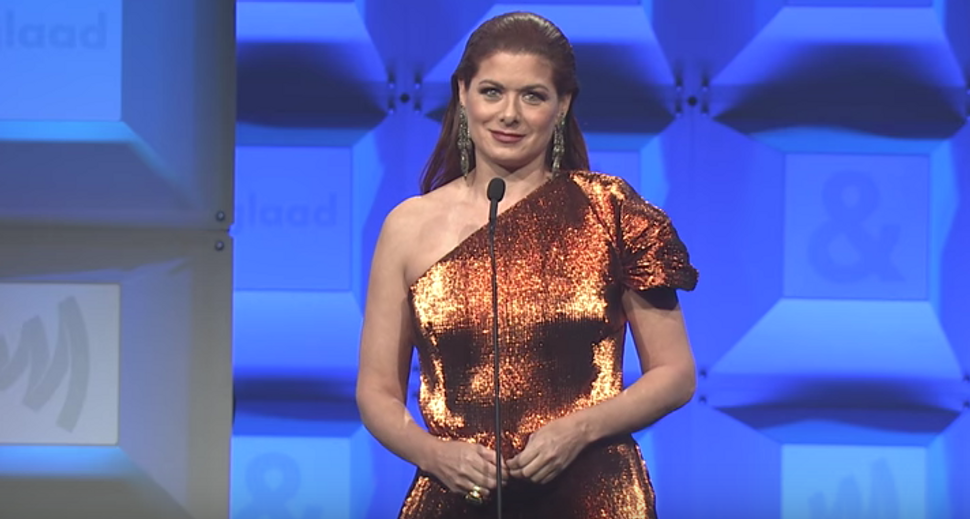 Debra Messing had a strongly-worded message for Ivanka Trump during the GLAAD Awards on Saturday.

The actress, who was being honored with the Excellence in Media Award, spoke to the president’s daughter, “one Jewish mother to another.”

“It’s not enough to simply say that women’s issues are important to you,” Messing said. “It’s time to do something. Ivanka, you can change the lives of millions of women and children just by telling your dad stories about real people who are suffering.”

She then challenged Trump’s #womenwhowork, explaining that just using the hashtag isn’t advancing feminism. Instead she suggested: #saywhatyoumeanandmeanwhatyousay.

She added that Trump should think about her next Passover seder, and how she would feel telling her children that she fought for “justice and freedom.”

“Ivanka, please stop blindly defending your father and start defending what you say you believe in,” Messing said.

Watch her full speech below: