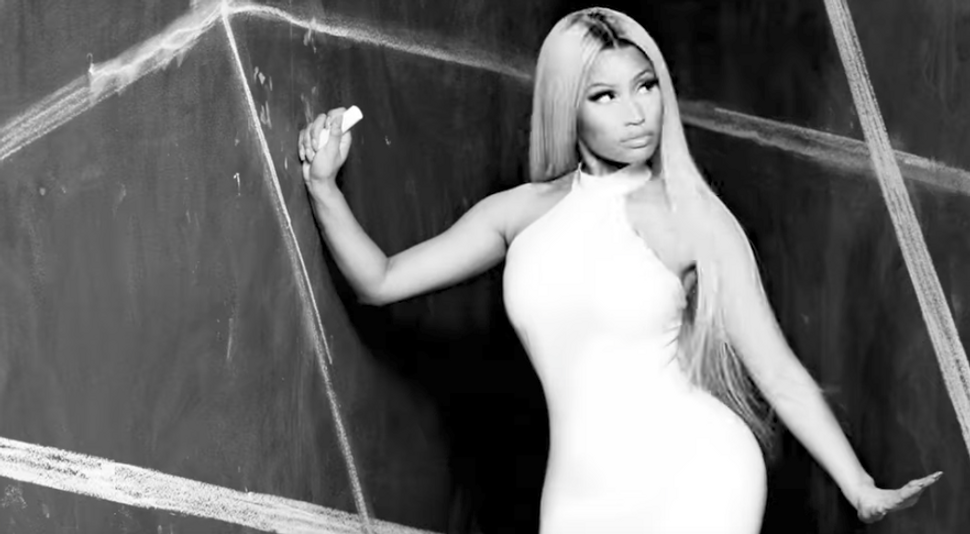 If you aren’t totally familiar with the rap genre, and since this is a 120 year-old Yiddish publication founded by Socialists I’m going to guess some of you aren’t, being name-dropped in a rap verse is a big deal. Famous names are often used in rap lyrics as a shorthand to invoke a larger feeling. Dr. Dre, for example, is often mentioned to conjure a sense that the speaker is affiliated with rap excellence. Now, according to Nicki Minaj, the name Seth Rogen is synonymous with all movies.

I got name dropped by @NICKIMINAJ in a song so I’M FUCKING GOOD YA’LL.

In a new song by Fergie (the woman who taught so many of us to spell the word “glamorous,”) Minaj drops a verse that includes, in a list of accomplishments, the line, “I made a movie like Seth Rog.” What Minaj is suggesting is that Seth Rogen is the aspirational figure when it comes to being a polymath moviemaker, and that Minaj sees being compared to him as an accomplishment.

JJ Abrams. Woody Allen. Darren Aronofsky. Watch out, boys — as Minaj might say, your “careers on death row.” Here’s to many years of movies by the production team Minaj, Rogen, & Fergie.

Watch the music video for “You Already Know” here: