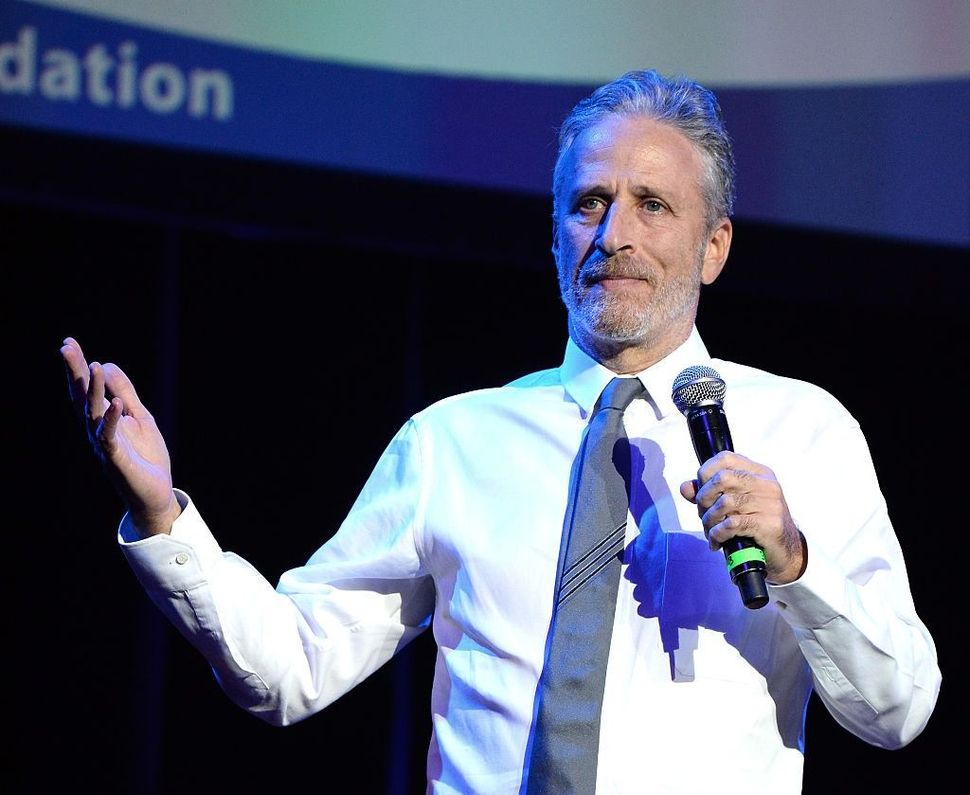 Since his tragic departure from the Daily Show, Jon Stewart has become the rarest of sights. Save for his unofficial submission to headline next year’s Nice Jewish Guys calendar, Jon Stewart has only made the most sporadic of media appearances in the past year. For the first time in 20 years, there was no “Indecision” election special hosted by Stewart to process the insane decision made last November, only a corny cameo dance routine by him reiterating the wise words of P. Diddy to go vote.

Although our late night televisions are currently beyond saturated with cheeto caricatures, Jon Stewart’s absence has left many wondering whether the funniest crusader against political hypocrisy is letting this country and world down by not doing his part. Is this a sin that can be forgiven?

Okay, so this kangaroo court’s judgment is a little unfair to a man who served this country through comedy for two decades on the Daily Show. A Trump presidency compels us all to take a little personal vacation. But, Jon Stewart’s sanity or family be damned, his idleness is a sin we sadly cannot forgive, for Jon Stewart is the hero we may not deserve, but certainly need.

As has been covered ad nauseam, however hilarious Samantha Bee’s biting critiques may be, or however thorough the New York Times’ reporting, 40% of the nation rejects the entire liberal media landscape. In the cartoonish real world we find ourselves in, the late night comedians tell us from the television or computer screen what’s so crazy about that outside world, their efforts in seeming step with the media’s. Jon Stewart’s Daily Show wasn’t really about that, however — it was a satirical look at those news reports on our television screen. Jon Stewart excoriated CNN and all those “MSM” outlets before alt right trolls made it cool. Whenever Stewart peeked out of his shell in previous months, his focus often wasn’t Trump, but the media hated by conservatives. Appearing on the Late Show in February, Stewart exhorted the media to “get your groove back”:

’Cause let’s face facts, you kind of let yourself go a little bit. Putting on a few too many pundits, obsessing 24 hours a day, seven days a week about this one guy. ‘What’s Donny up to? Did he say anything about us? Do you think he’s gonna come on our show?’ Instead of worrying about whether Trump is un-American or if he thinks that you’re the enemy or if he’s being mean to you … do something for yourself. Take up a hobby. I recommend journalism.

In order to reach that other half of America about the serious damage being done to American institutions and ideals, we need a thoughtful, charismatic progressive like Stewart who can critique the issues within the left as well as the right. No one’s gonna dismiss Jon Stewart as buddies with either CNN or Tucker Carlson’s bowtie. There needs to be someone the right can trust to faithfully reckon with these circumstances. Without his daily skewering, we are left to read the ancient runes of his roasting of leaders and purveyors alike to discern how to grapple with a dangerously buffoonish president and a media gleefully engaging in daily masturbatory exercises which boost ratings at the expense of reaching the audiences most in need of fearless reporting.

Only Jon Stewart can transcend those echo chambers which Trump has solidified. Without him, our nation’s tribalism will continue to deepen, allowing an utterly feckless individual to continue to claim reports of his sinful words and actions as fake news. There are no innocent bystanders in our politicized culture anymore. Claiming otherwise is a shonda — even in defense of our beloved Jonathan Leibowitz.