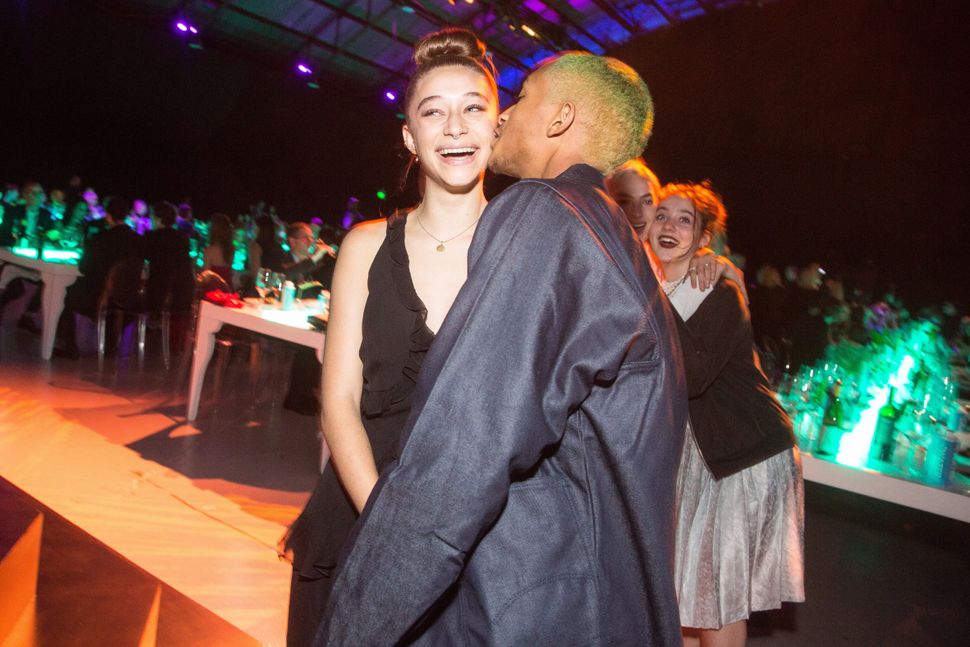 Let’s take a break from the Russia probe and probe into the deliciously irrelevant facts of the lives of perfect strangers: the dating habits of celebrity children.

Jaden Smith, the 19 year-old son of Will Smith and Jada Pinkett-Smith, distinguished himself at an early age as one of our culture’s most eclectic interview subjects. Actress Pamela Adlon’s daughter, the 18 year-old Odessa Adlon, has guest-starred on “Nashville” and her Instagram bio reads, “sorry if im not who u want me to be…TF nah im not sorry suck it up BUTTERCUP.” And now they are dating. Yay!

Here they are together, celebrating a birthday:

Will Smith and Jada Pinkett-Smith are likable (or likably annoying) stars. But the real story here is that Odessa Adlon’s mom, Pamela Adlon, is an immensely watchable actress whose show “Better Things,” co-created by Adlon and Louie C.K., is about a single mom raising three daughters. In real life, Adlon is a single mother whose three daughters include the impressively named Odessa Zion Segall Adlon.

Enjoy this pop-culture parfait and this memory of what it was like to be young (albeit young and with extreme wealth):

Now back to the news.