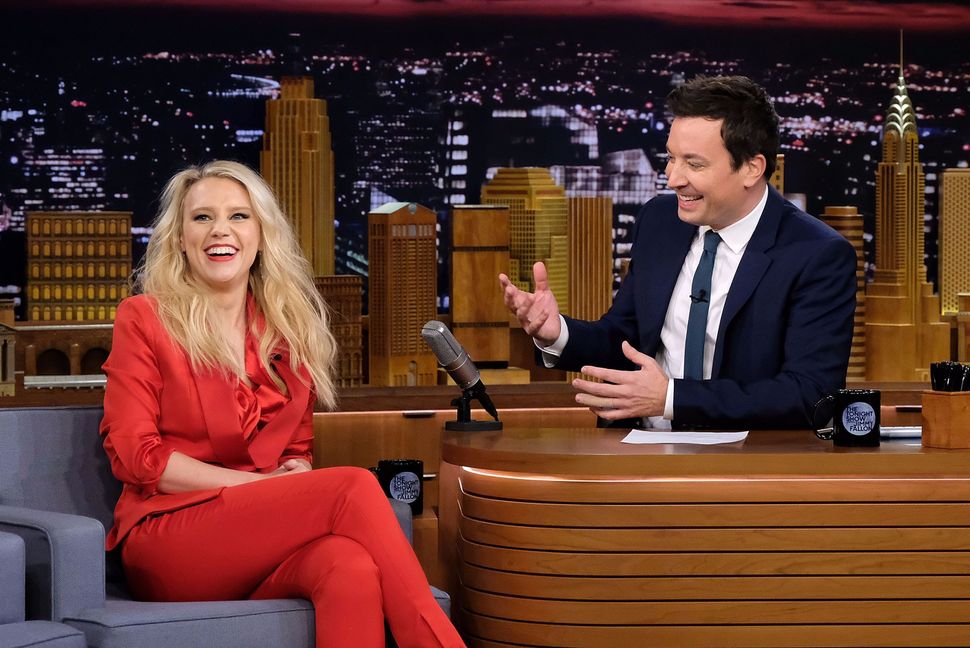 To paraphrase a quote from last week’s Torah portion, “To see Kate McKinnon do an impression of Gal Gadot is to see the face of God.

McKinnon told Jimmy Fallon on Tuesday she and fellow Saturday Night Live cast member Aidy Bryant chatted with Gal Gadot frequently during their week together preparing for the “Wonder Woman” star to host the show in October. “We were just like, oh, now we know we are Midwestern toads compared to this, like, Mediterranean goddess,” McKinnon said. “Everything she says is like a prophecy,” she added, finally identifying the spookily appealing quality of Gadot’s that we have all felt but never been able to label.

What followed was a chillingly accurate impression of Gal Gadot: the goddess, the woman, the Israeli army beauty queen legend:

McKinnon says at a dinner with the cast of Saturday Night Live Gadot led the actors and writers in a Jewish summer camp-style bonding game, demanding that every person reveal a secret they had never told anyone before. Even the show’s creator Lorne Michaels participated. “We left transfixed,” McKinnon said. “The power of Gal Gadot!” Fallon agreed.