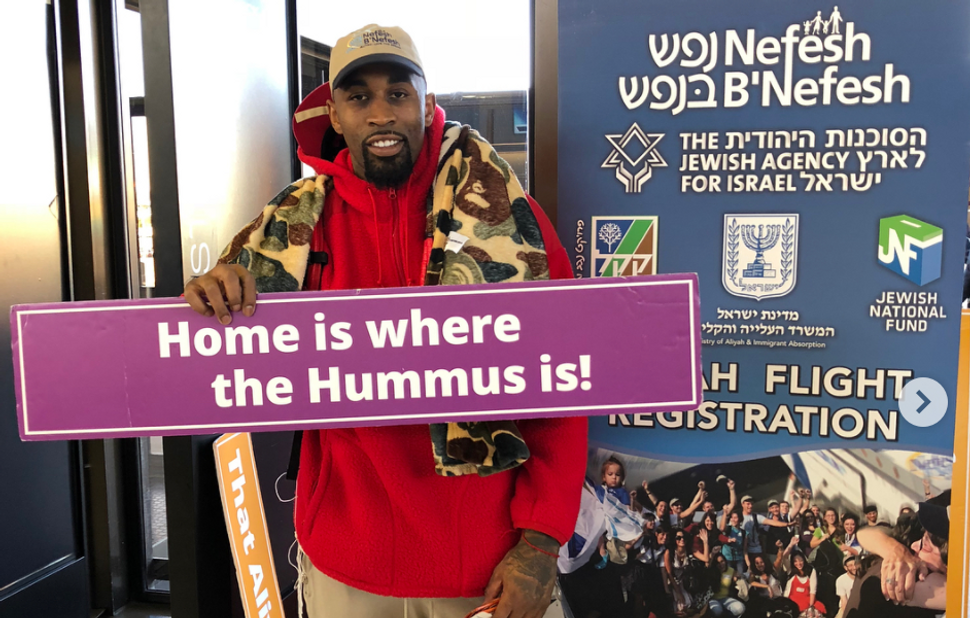 Smith, on the day that he moved to Israel. Image by Instagram/@chrissmith500 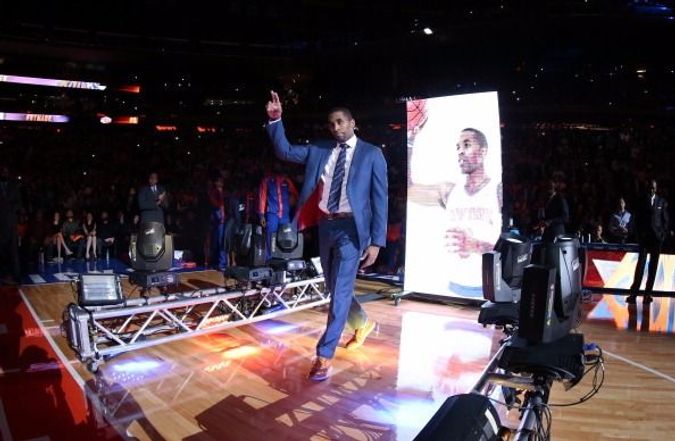 The Jewish people have added an unlikely new member to the team — a pro basketball player whose journey took him from Catholic prep school to a cameo stint with the New York Knicks to Israel.

Chris Smith, the younger brother of Cleveland Cavaliers guard J.R. Smith, converted to Judaism earlier this year, and made Aliyah in late November. He signed with the Ironi Nahariya of the Israeli Basketball Premier League. The deal was first reported by David Pick 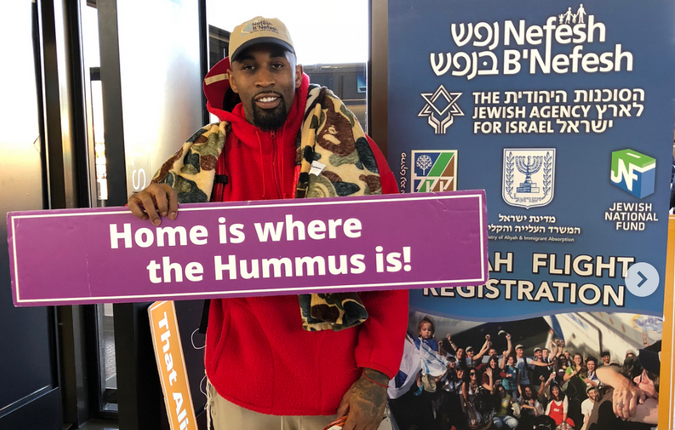 Smith, on the day that he moved to Israel. Image by Instagram/@chrissmith500

How did a graduate of Saint Benedict’s Preparatory School end up with a “Home is where the hummus is” sign? According to ESPN, it was Smith’s agent, Daniel Hazan, that helped him through the conversion process.

In early September, standing with Hazan in front of the Western Wall, Smith shared, “I’m am [sic] one of the tribe” with his 55,000 followers.

I’m am one of the tribe… #Jewish #Judaism #Torah ??✡️ @hazansportsmgmt

In October, Smith posted several photos while sporting a Chai necklace. He was also spotted at a high school Yeshiva league game in New York.

@TheOnlyCSmith0 dropped by the Hive tonight for JV’s game! Chris played for @nyknicks in ‘13 and is the younger brother of @TheRealJRSmith pic.twitter.com/EEbxg1lZ9H

Smith appeared in two games for the Knicks during the 2013-14 season. After he was cut, J.R. Smith called the move a “betrayal.” He joined another Israeli club —Hapoel Galil Elyon — in 2016, but played just one game.