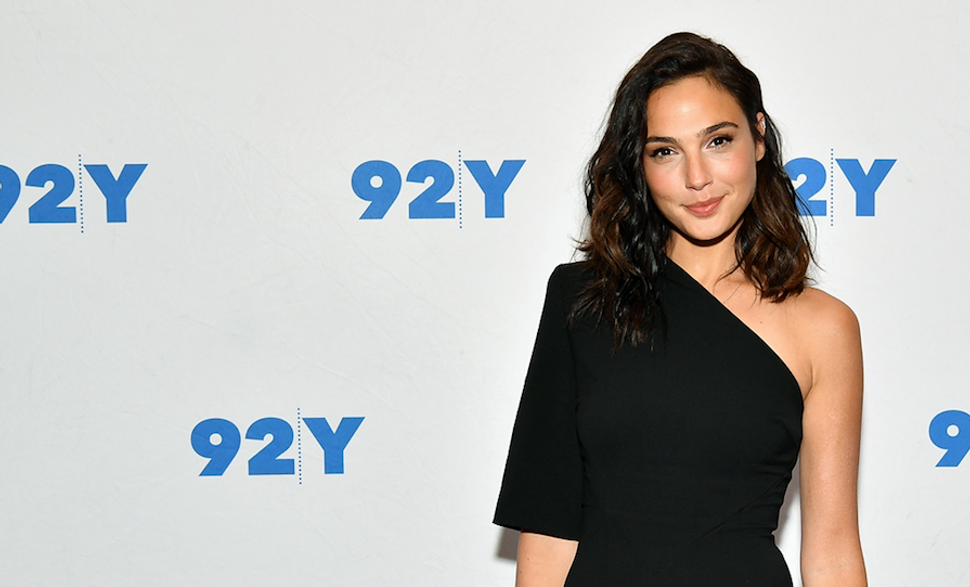 Welcome to the last weekend of 2017, and, therefore, the last installment of 2017 movie news. If you’re like me, you’ve been wasting an inordinate amount of time wondering why, given your absolute commitment to both Judaism and interesting dialogue, you can’t stop watching truly terrible Christmas movies. (“A Christmas Prince” is a gateway drug, people.) Yet there’s a world of film beyond the bounds of Lifetime and the Hallmark Channel. Read on for dispatches from that rumored land.

Which feminist icon will make a cameo in “Wonder Women 2?” Which top hat-wearing television goddess will make a Gertrude Stein biopic? For answers to these questions, which we, uh, definitely did not wishfully make up, check out the Forward’s very serious pop culture predictions for 2018.

“Pitch Perfect,” don’t tease us! As the Forward’s Jenny Singer reported, the third installment of the popular a cappella fantasy features a sequence in which competing vocal groups try to one-up each other by singing “songs by artists you didn’t know were Jewish.” They get it right, at first, singing bops from Lenny Kravitz and Maroon 5’s Adam Levine before venturing into the tricky territory of Ariana Grande and Beyoncé. No, neither of those vocal powerhouses is actually Jewish, although Grande has expressed a devotion to Kabbalah.

3) Gal Gadot is in talks to star in a movie that might surprise you.

“Wonder Woman” star Gal Gadot took Hollywood by storm in 2017. In 2018, she may star in Justin Kurzel’s “Ruin,” a movie about a repentant Nazi who, attempting to make up for his crimes, goes about murdering other Nazis. Jenny Singer is skeptical of the idea. “Was this Herzl’s dream?” she writes. “Did his utopian ‘light unto the nations’ state for the Jews imagine IDF alums who go so full-circle that they make movies valorizing top-brass Nazis?”

4) A new documentary revisits the career of a rhythm and blues icon.

Bert Berns was a key figure in the music world of the 1960s, producing, writing and releasing hits for Neil Diamond, Van Morrison, and Erma Franklin, among others. The records released through his pet project label, BANG, helped define the sound of that decade’s music, especially the genre of rhythm and blues. A new film about Berns, Dan Epstein reports, stays focused on his career: “For all of the documentary’s colorful characters and juicy stories, though, the filmmakers wisely never stray too far from Berns’s musical legacy,” he writes.