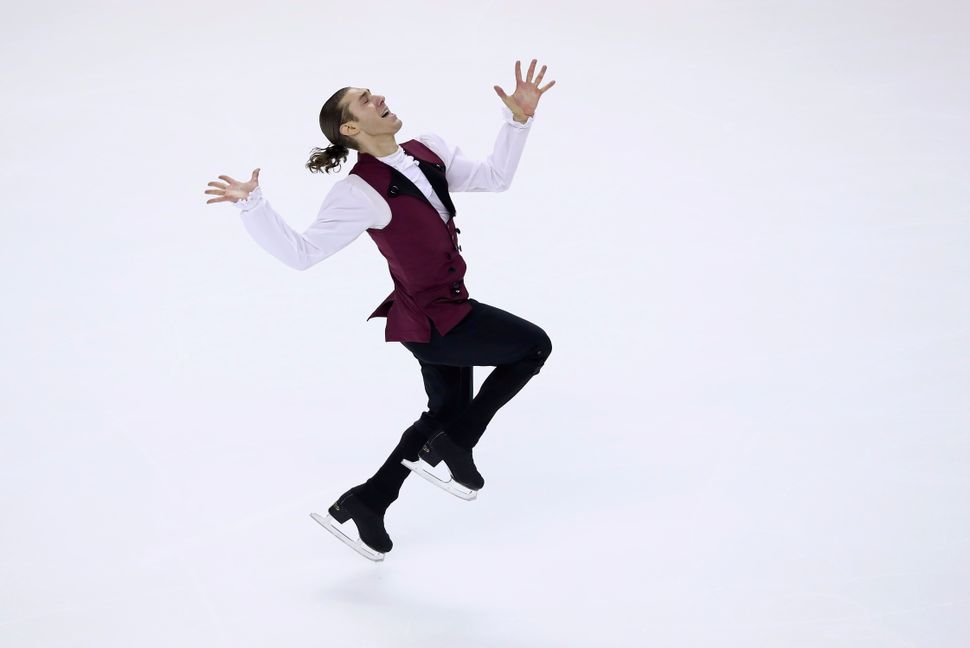 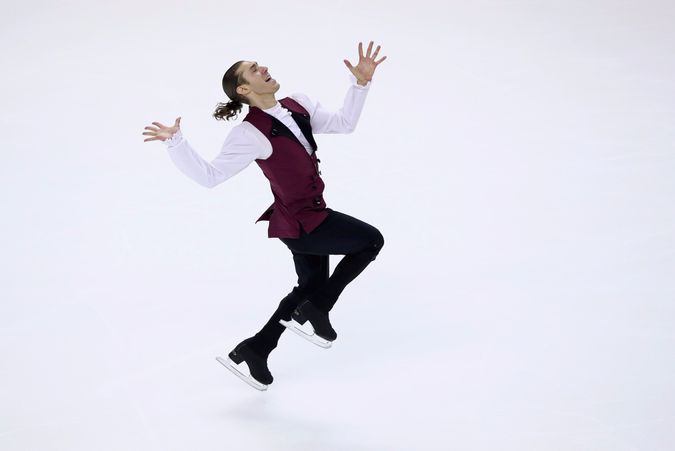 Jason Brown is one of the most formidable names in men’s figure skating, known for his flawless spins and extension and astonishing flexibility. And it’s not just that Brown is a graduate of the Union of Reform Judaism camp systems whose tight knit Jewish family celebrates holidays together and spent Brown’s bar mitzvah party volunteering at a school. It’s not just that Brown is an Olympian medalist who gained a cult following for his viral Riverdance-style routine in 2014. It’s that Brown, a likely contender for next month’s Pyeongchang Winter Olympics, has delivered the sublime: a near-perfect figure skating routine to a song from the Broadway musical blockbuster “Hamilton.”

Like tater tots drowning in melted cheese, or Bon Jovi’s drummer writing a musical about Princess Diana, Brown has taken two fabulous things and made them into an exhilarating third thing. Beyond Brown’s technical skill is his singular ability to lavish joy on an audience, inspiring mass elation with the intensity of his connection to the music. Brown, whose rendition of the show stopping “Hamilton” tune “The Room Where It Happens” earned him third place in the Men’s U.S. Championships short skate program, will be competing again in the men’s free skate on Sunday. His final scores will help decide whether he will gain a place on the U.S. Olympic team, an issue that, with much grappling, is settled by committee (if you will, “Hamilton” fans.)

Brown does not perform a quadruple jump, the move that garners the greatest number of points in men’s figure skating, and his performance in this year’s Olympics is not a guarantee. But his exceptional grace and unparalleled passion tell us not to count him out. History most certainly has its eyes on him.

And, of course, we would be remiss not to introduce you to the exuberant Jason Brown the world fell in love with in 2014: