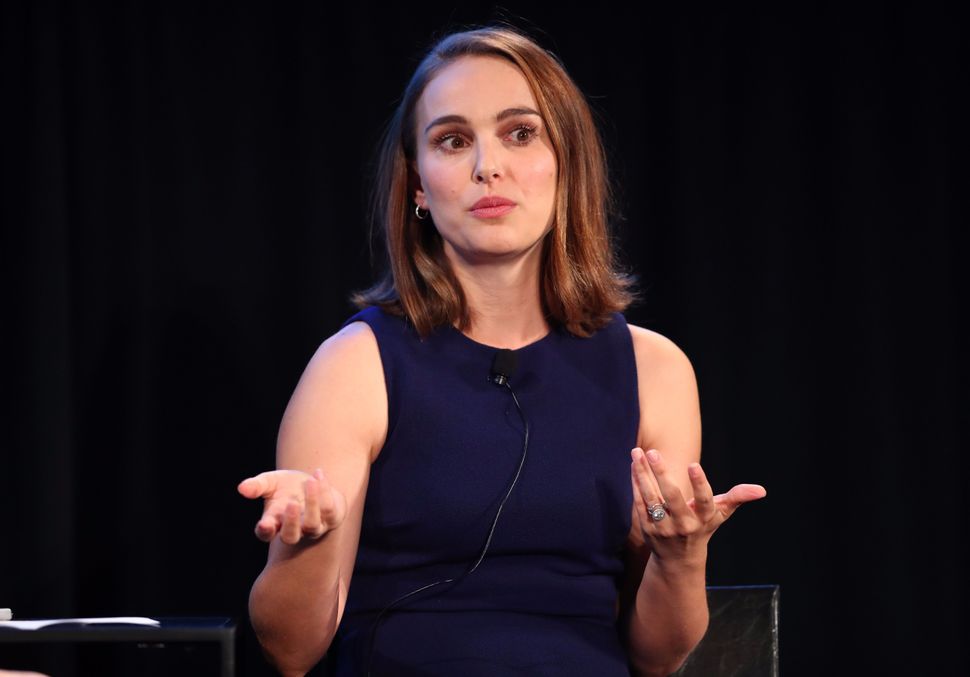 Natalie Portman, resplendent in a decadent velvet gown and her signature face-that-looks-like-it-was-personally-architected-by-God, almost made a huge mistake at the 2018 Golden Globe Awards.

After Oprah Winfrey’s exceptionally barn-burning acceptance speech for the Cecil B. DeMille Award, a speech that brought the entirety of the Hollywood glitterati to its feet with an evangelical zeal reminiscent of the prophet Amos, did anyone really want to hear from Natalie Portman? Natalie Portman, who is best known for being in the worst “Star Wars” movies and engaging in an excruciatingly exhibitionist email correspondence with Jonathan Safran Foer?

Appearing reluctantly with Ron Howard to announce the winner for Best Director directly after Oprah, both the director and Portman looked out of place after Winfrey’s speech praising women’s fight for equality throughout history. But as the pair prepared to deliver the award, Portman quietly said, “Here are the all-male nominees.”

In the moment allotted to her, the actress managed to take a ruthless jab at patriarchal systems without stealing focus from Oprah’s success. It was the classiest way imaginable to humble a group of powerful men at the height of their careers. A tiny castration! A ritual, symbolic bloodletting. A circumcision, if you will.

And in the time since I began writing this piece, the slighted director of “Lady Bird,” Greta Gerwig, beat out male-helmed movies to win the award for Best Picture – Musical or Comedy.