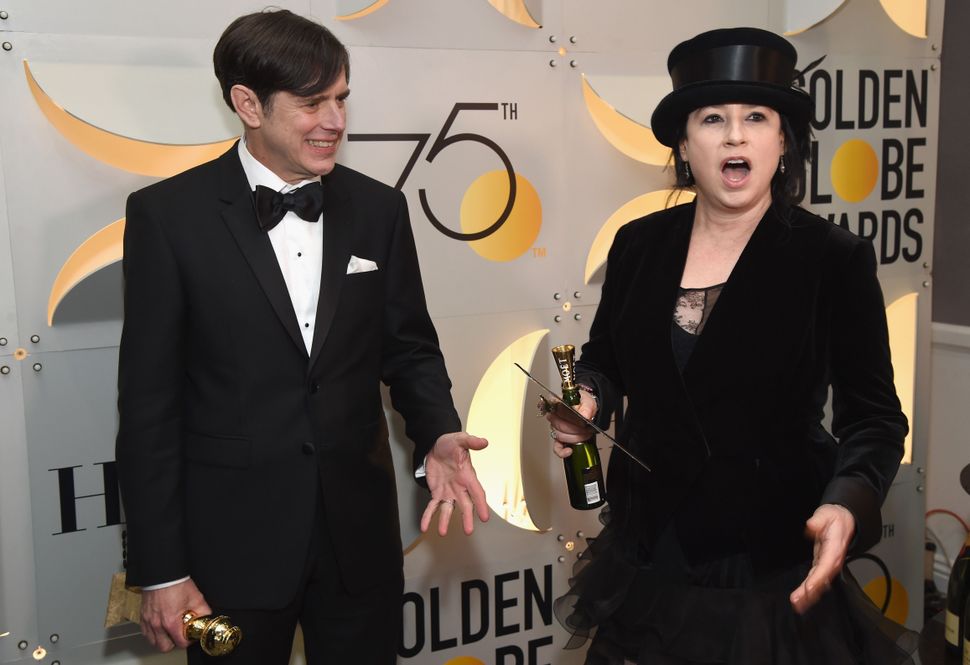 On January 10, the opening night of the New York Jewish Film Festival was celebrated by a screening of the moving, intelligent and mysterious film “Razzia,” and the confusion of some members of the audience. What, exactly, one of them asked, was Jewish about the movie? It followed five characters through Casablanca, one of whom, Joe, was Jewish. In the scope of his narrative, his religion was the source of one disquieting, saddening and ultimately mundane plot twist. Was there anything else?

I thought the film was a neat thesis statement for the Festival, which traditionally features a diverse slate of films: Stories about Jews can be stories about many other kinds of people, too. It is, additionally, important for audiences living in areas where Jewish culture is concentrated to absorb narratives from cultures in which Jews live in relative isolation.

Of course, given the Trump Administration’s publicly tough and prejudicial line on immigration and deportation, that message carries a particular poignancy in 2018. Yet it’s independently significant because Jewish culture has, over the past two millennia, become multicultural by necessity. Jewish stories have nearly always been framed by cultures in which their subjects are obviously marginalized. In a theater filled with Jews of the Manhattan persuasion, an unfussy showcase of just those kinds of stories is both purposeful and pleasurable.

Read on for this week’s movie news.

1) So, which films should you see at the New York Jewish Film Festival?

Great question! I chose five of the selections that seem most unusual, inventive and interesting. On the list, among others, are a feature about a gay man seeking out the wife of his deceased lover, a documentary about a photographer-cum-Soviet-spy and a documentary about Prince Michał Waszyński, the director of the Jewish classic “The Dybbuk.”

Spoiler: Waszyński was not always a prince. In advance of the Festival screening of “The Dybbuk,” Daniel Witkin reviewed Waszyński’s life and work for the Forward. “Born Moshe Waks in 1904 in Volhynia, a heavily Jewish region of the Russian empire, now split between Poland, Ukraine, and Belarus, his journey to the most glamorous heights of the film industry was both fanciful and desperate,” Wikin writes.

3) “The Shape of Water” leads the BAFTA race

The BAFTA Awards, the United Kingdom’s most prestigious film awards, announced their 2018 nominees this week. “The Shape of Water” leads the pack with 12 nominations.

4) Triumphant moments at the Golden Globes

At last Sunday’s Golden Globe Awards, Natalie Portman called out an all-male slate of best director nominees; Nikki Reed’s husband, Ian Somerhalder, did his duty and spent his night playing escort her breast pump; Debra Messing criticized E! News over alleged gender pay disparity; and Amy Sherman-Palladino, whose show “The Marvelous Mrs. Maisel” won the prize for Best Television Comedy, made a very relatable request to be given some cheese.

Also at the Golden Globes, Franco won Best Actor in a Musical or Comedy for his starring role in “The Disaster Artist.” That same night, allegations that he had engaged in inappropriate sexual behavior with women began to appear on social media. Franco responded to the allegations in a Tuesday appearance on the Late Show with Stephen Colbert, whom the Forward’s Jenny Singer criticized for conducting a “ludicrously softball interview” with Franco. Then, on Thursday, the Los Angeles Times reported that five women had come forward to accuse Franco of “sexually exploitative behavior.”

6) Will a new film about a Palestinian refugee win an Oscar?

Director Ziad Doueiri’s “The Insult,” an account of a blow-up between a Palestinian refugee named Yasser, who lives in Beirut, and Tony, a Christian Lebanese handyman, has been shortlisted for the Academy Award for Best Foreign Language Film. For the Forward, Sheerly Avni conducted an exclusive interview with Doueiri. “What we had was a very good character story: The guy seeking justice and a guy who doesn’t believe in justice. This is a very interesting theme. This is how it started,” Doueiri said.

I don’t have a whole lot more to say about this, but Jenny Singer does.