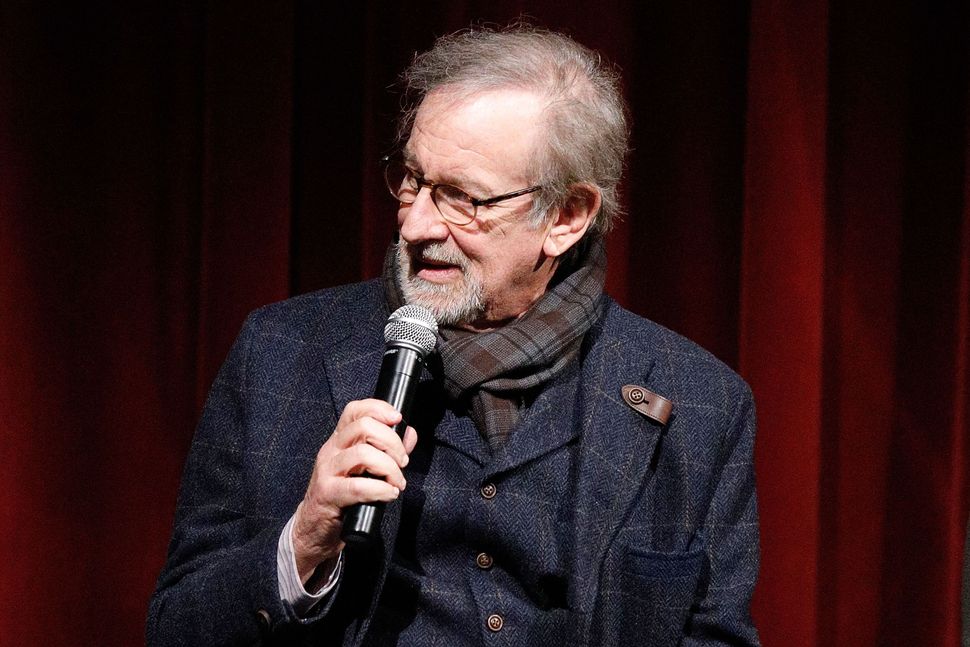 I don’t want to be your token crazed liberal arts millennial, but the fact is that if Steven Spielberg had criticized Natalie Portman’s Golden Globes comment about the “all-male nominees” for best director, I would have have built a model of E.T. and burned it in effigy, and I would have demanded that you do the same.

Luckily, that doesn’t have to happen.

Actress/genius Natalie Portman stole a sliver of Golden Globe glory in understated style on Sunday night. Introducing the “Best Director of a Motion Picture” category, she ad-libbed the qualifying phrase “and here are the all-male nominees.” The camera instantly panned to the dumbfounded and ashamed faces of Hollywood’s most powerful directors. Even winning director Guillermo del Toro’s acceptance speech was overshadowed by the aftershocks of Portman’s comment. But what did Hollywood’s creative power brokers make of all this?

“There’s also a watershed happening right now, slowly, maybe not fast enough, for women directors,” Spielberg wisely responded when asked to comment on Portman’s jab on Tuesday. He noted the success of “Wonder Woman” powerhouse director Patty Jenkins and added, “We have some amazing women that have come forward, you know ‘Mudbound’ and ‘Lady Bird’. This is a pretty incredible year, and I think you’ll be seeing some nominations [sic] I’m predicting at the Oscars this year for a woman director, if not several.”

Del Toro also responded positively to Portman’s jibe, gamely (and probably fearfully) commenting, “I think it was great! She should say exactly what she feels. There is phenomenal work being done by female directors.” He, too, invoked the female-helmed films “Mudbound,” “Lady Bird,” and “Wonder Woman,” calling them “terrific.” And Jenkins herself told Entertainment Tonight of Portman’s comment, “What could you say? It made me laugh, and it made me smile.” She added, “Look, it’s been a little glaring that women directors don’t get nominated so often and it is odd. Particularly when their films are being celebrated in every other way, so I thought it was interesting to highlight it.” Jenkins noted that the exclusively male category demanded a comment, and said of Portman’s “she did it so perfectly.”

So Spielberg continues to go down in history as one of the good guys. But let’s not forget actress-director Elizabeth Banks’ potent criticism claiming a total absence of female-fronted movies in Spielberg’s cannon. Banks apologized profusely after learning that three out of Spielberg’s thirty-one movies feature women in the lead role (women are bad at math, I guess!) but it’s hard to believe that public criticism like that didn’t influence Spielberg’s choice to give Meryl Streep first billing in his most recent film “The Post.” which

Listen, Mr. Spielberg, Steven, why don’t you just mount a “Indiana Jones” reboot starring Gal Gadot in the lead role, and we’ll call us even.