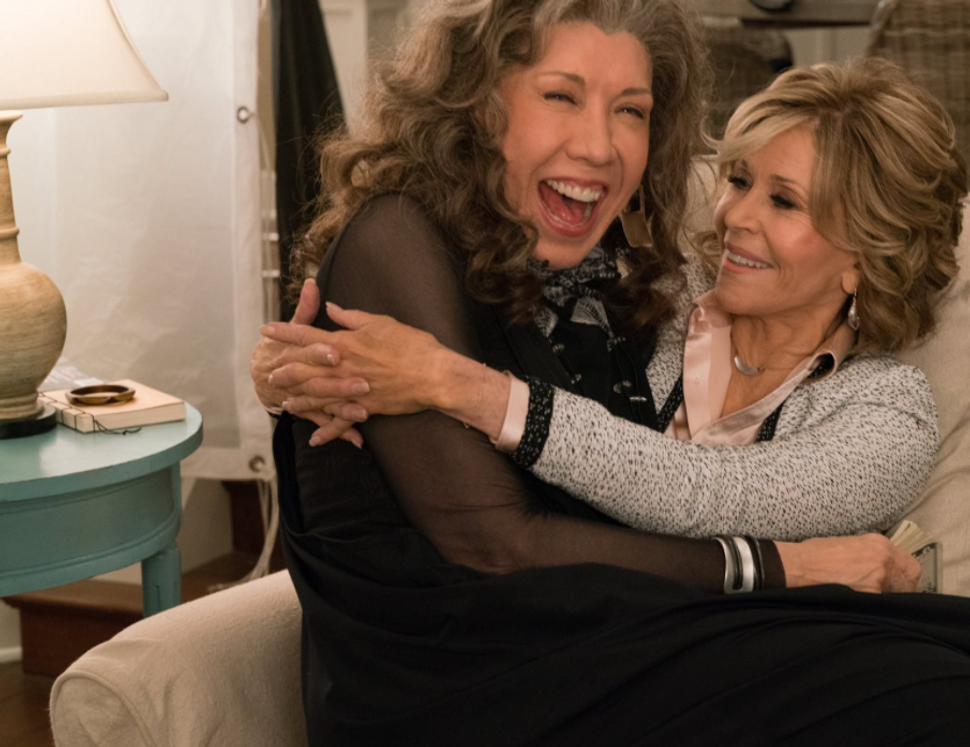 It’s frigid out; the flu is frightful; the government might shut down; hey, at least books still exist. So too, thankfully, does solidarity: This weekend, thousands are predicted to take to the streets in a first-anniversary replica of last year’s Women’s March. In the moments over the next few days when you’re not shivering, sneezing or protesting, take in some of the weekend’s best culture.

Don’t worry, you could be colder: Pick up a copy of Forward contributor Laurie Gwen Shapiro’s “The Stowaway,” an account of an intrepid and secretive trip to the Antarctic, and be glad to follow the expedition from the comfort of your couch. If a slightly less realistic form of escapism sounds like the ticket, my favorite cold-weather read is Neil Gaiman’s “Neverwhere.” And if you loved Beanie Feldstein in “Lady Bird,” The Cut recently published a profile of her that’s worth a read.

The fourth season of Netflix’s “Grace and Frankie” debuts today; tune in for laughs, love and the occasional tearful lighting of Shabbat candles. And take a trip — yes, pun intended — through the lives of an array of New Yorkers, including struggling Orthodox Jews, with a new season of HBO’s “High Maintenance.”

On Friday night head to Quad Cinema for a screening of Laurie Simmons’s new film “My Art” followed by a Q & A with Simmons and her collaborators, including her daughter Lena Dunham. Eve Ensler’s play “The Vagina Monologues” made her a household name, or at least a figure of college campus reverence. See her new one-woman show “In the Body of the World,” now in previews at Manhattan Theatre Club. The anniversary of the inaugural Women’s March is a fine time to head to MoMA PS1 for feminist avant-garde icon Carolee Schneemann’s “Kinetic Painting.”

Saturday, head to the Kennedy Center for one of two offerings: The world premiere of choreographer Robert J. Priore’s “I Never Dreamed It Could Be Like This: Inspirations,” set to music by Leonard Bernstein or the Washington National Opera’s production of three short operas, each in its world premiere, as part of the American Opera Initiative Festival. This weekend also marks the opening of Synetic Theater’s adaptation of Franz Kafka’s “The Trial.”

Friday night promises to be bucketfuls of fun at the Chicago Symphony Orchestra, which will provide live accompaniment for a screening of “Singin’ in the Rain.” Friday and Saturday, the Eric Schneider Quintet plays at Andy’s Chicago Jazz. We’ve recommended it before and will recommend it again: The Improvised Sondheim Project, which is, well, just what it sounds like, is always worth attending for a laugh.