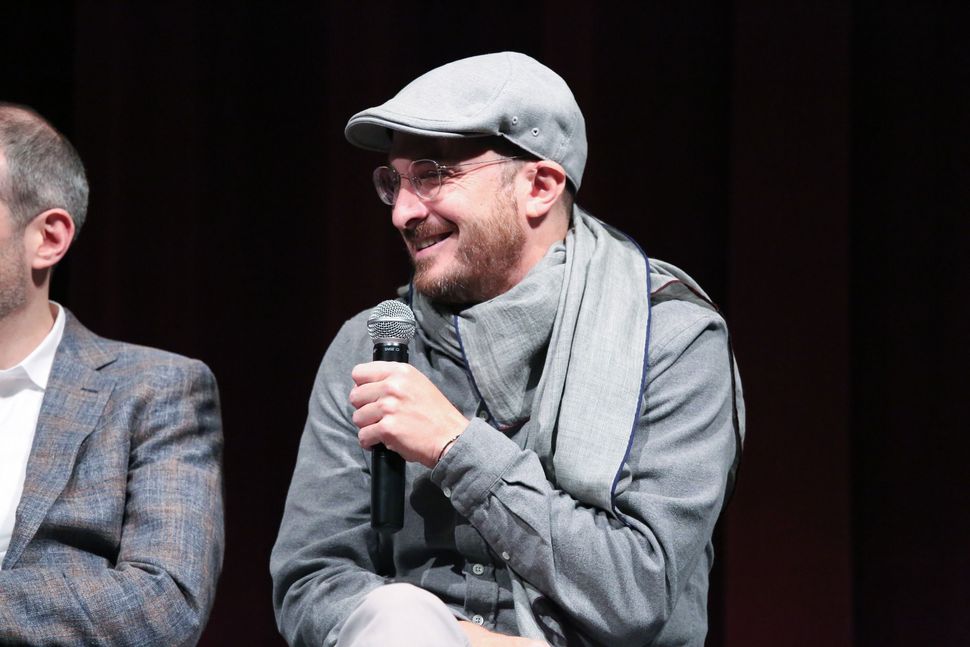 Darren Aronofsky, the man who sees scarves as an extension of his penis, has once again seized the attention of the public to complain that we don’t get his art.

Aronofsky, whose 2017 thriller ‘Mother!’ received a score of 69% on Rotten Tomatoes (ayo) and was described by the New Yorker’s Richard Brody as the equivalent of watching a horse get a root canal spoke at the SXSW festival this weekend. After delivering the “Ten Commandments of Independent Filmmaking,” he reflected on why ‘Mother!’ had the Olympics-like effect of bringing the world together (in collective ridicule).

Aronofsky explained that ‘Mother!’ is a metaphor (no word from people who are present about whether or not the director defined the word “metaphor” for the audience) for “mother earth.” Aronofsky went on to say, “The way I think we treat Mother Earth is really incredibly disrespectful. We pillage her. We take from her. We rape her. We drill into her. We call her dirt. How gross is that?”

How gross is it that a man who sees himself as the god of independent filmmaking (he also cast a middle-aged man as god in ‘Mother!’) is tossing around the concept of rape during a watershed moment for the persecution of actual, human rapists?

Luckily, Hello, Giggles was on the case. Hello, Giggles is a women-focused digital publication founded by Zooey Deschanel, and I am willing to bet that Darren Aronofsky never thought of it as the source that would be verbally responsible for his destruction. Writer Angelica Florio reflected:

Damn, Darren! Are you going to have to pay Zooey Deschanel royalties every time you speak? ‘Cuz Hello Giggles owns you now.

Aronofsky positioned his speech as an explanation for the true meaning of “Mother!”, suggesting that the reason the movie was so disliked was that it was misunderstood. Darren, has it occurred to you that we totally get “mother!” and we still don’t like it? And is it too much to ask that a mustachioed baldheaded coot doesn’t mansplain motherhood to me?

Explaining the quasi-religious themes in the movie, Aronofsky told the SXSW audience, “I looked at the Bible and how the Old Testament God is painted. When you think about that God, if you don’t pray to him, he kills you. What type of character does that?”

Darren, Darren, Darren, you are like a 12 year-old in bar mitzvah tutoring making excuses about why you haven’t started writing your d’var torah yet. It’s 2018. Why does a man who is regularly handed tens of millions of dollars to make Bible-themed movies (“Mother!” and “Noah”) still have the theological sensibilities of a midrange boyband drummer? If Darren Aronofsky has read the Tanach cover to cover, I will eat his sweat-soaked newsboy hat.

In peak-defensive mode, Aronofsky added, “The exciting part of what I’ve always been inspired to do is make films that don’t leave audiences with one reaction. I want people to talk about the different reactions.” Versions of the comment “Hey, at least it started a conversation” are the last refuge of a person who refuses to take responsibility for his own failure. Hitting a kitten with a Vespa is an act that will inspire diverse reactions, but that doesn’t mean I’ll pay $17.49 to watch it in a theater. Darren — talk is cheap, babe. Do you know who else started a conversation? Stalin.

In summary, Darren Aronofsky, please stop mansplaining mothers, Torah, and the earth to us. It is absurd. Just leave mothers alone.