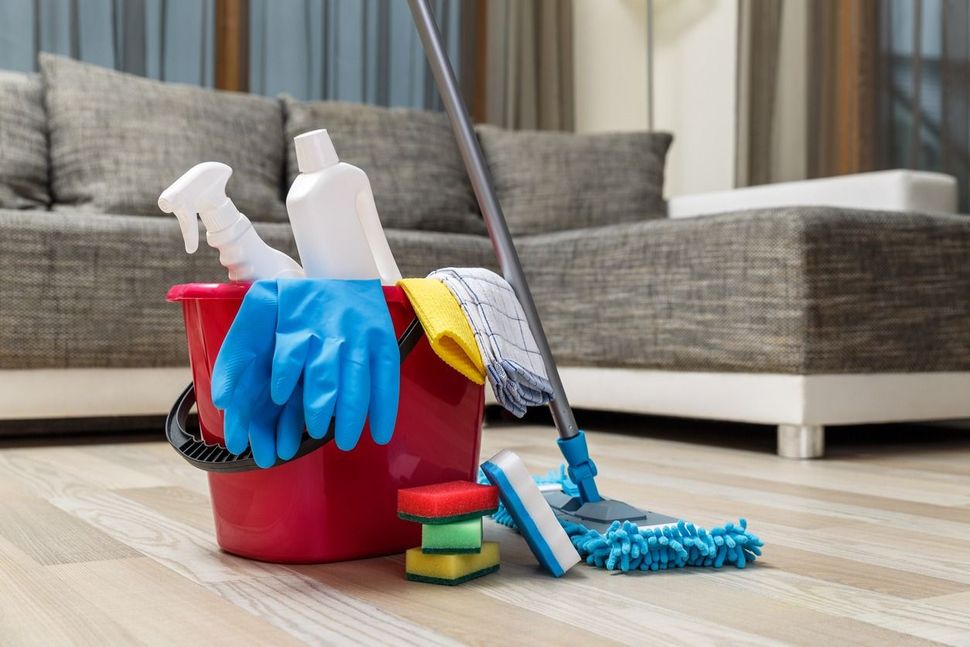 Here’s a fun game: pour yourself a glass of wine. Dip your finger in it. Move one drop of one to a plate or a napkin every time you answer yes to one of the following questions:

Do you find yourself attempting to quell anxiety by actions like getting rid of certain foods that you deem “unclean”?

Do you designate some foods cleaner or better than others based on irrational criteria?

Have you been engaging in excessive ritual behaviors?

Do you recite chants or promises to help quell your anxiety? Do you feel a crushing guilt if you later realize you are in violation of this chant?

Do you follow specific methods of consumption which if skipped will upset you, such as dipping two times, cutting food into pieces, or eating foods in a specific order?

Do you notice yourself being scrupulous about doing the “right” thing?

Have you been experiencing excessive worry?

Are these behaviors time consuming?

Congratulations, you have satisfied the DSM-5 criteria for Obsessive Compulsive Disorder. If you choose to observe Passover according to tradition, it’s hard not to.

When I, as a college sophomore on spring break from abnormal psychology class, led this activity at a family seder years ago, adult guests nearly rioted. They had to be quickly weighed down with matzo ball soup and given time to air their grievances about liberal arts students’ disdain for freedom of speech and obsession with avocados. And I understand that. Hearing sacred Jewish ritual compared to a psychological disease can be very painful.

But I am not comparing them. I am saying that, in their mechanisms if not in their impact, they are the same.

Obsessive compulsive disorder is characterized by the DSM-5 by the presence of obsessions and/or compulsions, specifically like those seen above. The actions of preparing for Passover, participating in a seder, and then keeping kosher for the rest of the week are indistinguishable from the behavior of a person with an obsessive compulsive disorder and even its frequently co-morbid friend, the eating disorder. The difference is that to be diagnosed with an obsessive compulsive disorder one’s actions must “cause excessive distress, occupy significant amounts of time and impair functioning.” The question is — is teetering on the edge of a real (and misunderstood, and terribly stigmatized) disorder for the sake of a religious practice worth it?

Passover is a strangely contradictory holiday. It demands both a celebration of freedom from slavery and a reenactment of the bitterness of slavery. To recline like free people, we purify our homes with slavish effort. To eat like kings we cook like servants. We proclaim that all who are hungry may come and eat at a meal with a system of preparation so intricate that it prohibits a more-the-merrier attitude. We celebrate at a “Passover Seder,” words that translate literally to “sacrifice” and “order,” which seems more German than Jewish.

It’s no wonder that the celebration of Passover is fraught with legalese and confusion — it was created in the Torah by God, expanded on in the Mishnah by the ancient Rabbis, and then fairly gone-to-town-on in the Haggadah by even more Rabbis. Passover reminds us that the God of the Torah, who modern cynics often accuse of being tyrannical and violent, truly is a God of love. A god of a love of rules. 613 rules, to be exact. And who else but Jews would choose to follow a book of 613 rules with a much longer book expanding on the original 613 rules? Who else but the Jews would then produce a manual for a 7-8 day festivity that is just uber-specific instructions for inviting guests over for a night of communal rule-following?

But back to my point.

As an Ashkenazi vegetarian during Passover, I am frequently hungry, a sensation I rarely experience for longer than 20 minutes during the rest of the year. Brief hunger-by-choice and obsessive ritual augment the meaningfulness of the holiday for me. They do not trouble my personal medley of psychological disorders. These practices are problematic for many Jews who struggle with issues like eating disorders and OCD, though, and the wisdom of that should be, if not in the four questions, at least in the top ten.

I do find that as Maggid (the storytelling portion of the seder) stretches on, I am apt to become hungry, drunk, and addled, shouting out opinions that would have made more sense a few Bartenuras ago. “Lean to the left!” I hear guests yell, evoking the tradition of Roman nobility that early Passover celebrants incorporated in their seders.

On Passover we lean back, like royalty, like the chilled out goys we are not and never will be, like adherents to the song “Lean Back” by the hip hop group Terror Squad.

On Passover we lean in, in to our entrenched neuroses, in to our reputation for questioning and argument, like tables full of tipsy Sheryl Sandberg acolytes geshrying about the modern plagues of social media and consumer culture.

On Passover we lean to the left, sliding sideways between our memories of slavery and our realities as people who are freer than we’ve ever been, yet never totally free.

Does calling out the connection between Passover ritual and disordered obsessive and compulsion make you feel attacked and offended? Recognized and liberated? Confused? Question that. And while you do, lean a little to the left.