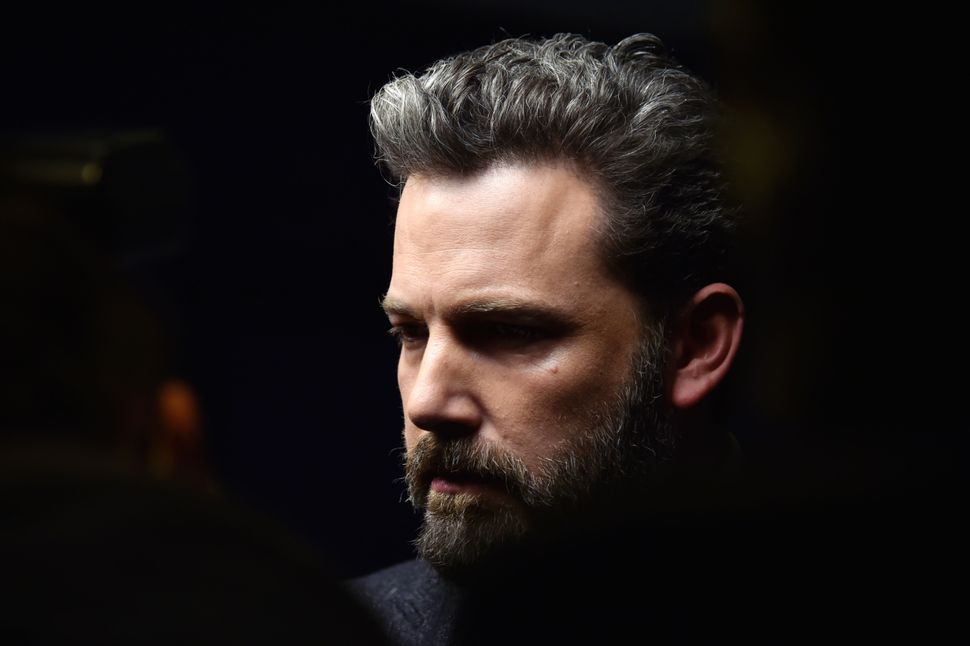 It’s truly a tough time to be Matt Damon and Ben Affleck. In the 90’s they were two of our favorite whites — hot, young, and toting around Oscars with boyish virility. Now Matt is a wash-up, declaiming on feminism he knows not and anchoring movies that disappoint critics and viewers alike. It’s no longer possible to imagine Sarah Silverman writing a song about having sex with him. She’s too relevant.

And Ben, well, the Yiddish word “shleperdike” comes to mind. He appears to have successfully disappeared into a permanent opposite-of-Batman alias. Divorced and the subject of a back-tattoo conspiracy, he mostly appears forlorn in paparazzi shots, with various nicotine delivery systems drooping out of his mouth.

It doesn’t help that both of them have famous exes who are thriving — Matt’s ex-girlfriend Minnie Driver is reemerging as a prominent voice in the #MeToo movement and the star of a watershed TV show. And Ben Affleck’s ex-wife movie star Jennifer Garner appears to have formally transmogrified into the forever-30-something wax museum version of herself. She is currently starring in a hit movie and is also the subject of a mega-popular meme.

So this week when the New Yorker published “The Great Sadness Of Ben Affleck,” a brief piece by Naomi Fry on the schleppy-Batman’s hulking back-tattoo and apparent despondence, it was certainly sad. Fry wrote about the outward evolution of Affleck that found him, at 45 years-old, standing on a beach under cloud cover in a towel the size of a bathmat. In the image Affleck stares mournfully at the horizon like an version of alternate Odysseus who has decided that life with the Phaeacians will have to do. Fry observes, to the offense of many Internet denizens:

His gut is pooching outward in a way that, in a more enlightened country like, say, France, would perhaps be considered virile, not unlike the lusty Gérard Depardieu in his prime but, in fitness-fascist America, tends to read as Homer Simpsonesque. A blue-gray towel is wrapped protectively around his midsection—recalling a shy teen at the local pool.

Fry’s observations are fairly gentle. And subversive, if you compare the rare objectification of Affleck with the constant objectification of his female peers in Hollywood. Regardless, I think we can all agree that there is nothing wrong with being fat, which is what Fry is accused of calling Affleck. But there is something wrong with getting a sprawling back tattoo. And there is something much more wrong, and telling, with the contrast between the golden Affleck of days past and the current Affleck who in post-#MeToo days appears to be living like the rest of us have been all these years — a little tired, a little vulnerable, and a little fat. “We’ve been living in a world run by Afflecks for so long,” says Fry. “Will we even know ourselves when they’re gone?”

I think we’ll know ourselves better when we know who Affleck’s successors are — not by the size of their bodies or the luridness of their back tattoos — we will recognize the entertainment icons who emerge in his and Damon’s wake because they will be people who have always fit in in the world of #MeToo.

And they won’t make movies like “Batman v. Superman.”