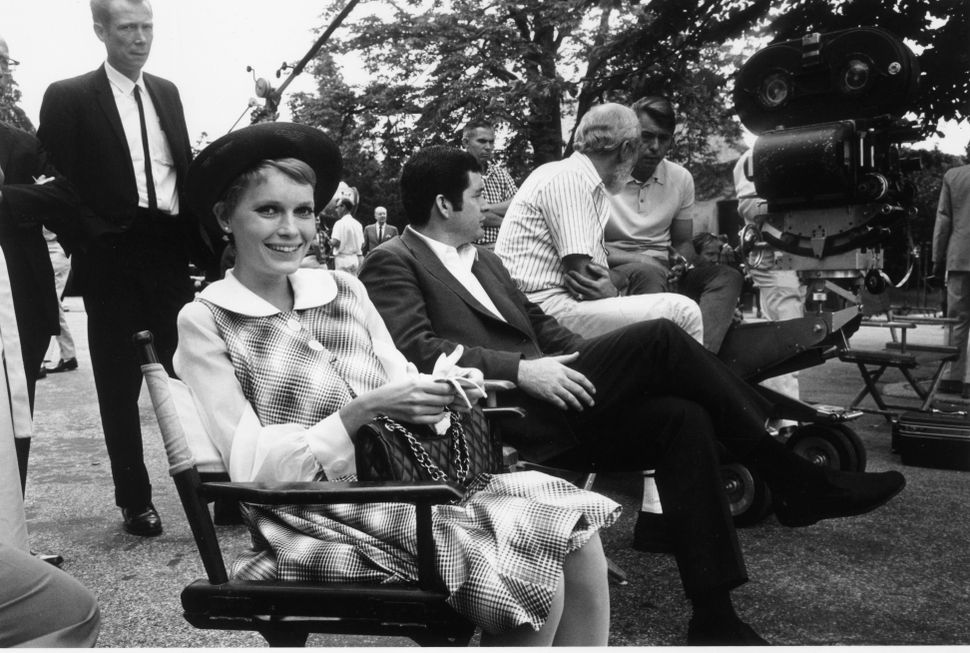 Have Pixie Cut; Will Travel: Mia Farrow on the set of “Rosemary’s Baby.” Image by Getty Images

Spring is finally, mercifully upon us. For the first time in months, barring a few anomalies, I walked around with my coat unzipped, breathing in the sweet, fresh, warm air of Manhattan’s Financial District. It was sublime. Yet, as Stravinsky knew well, spring and its mysteries can ignite a primitive flame within us. So I wasn’t surprised to see two grown men come close to blows this morning after one ignored a stop sign and nearly ran over the other.

This week’s movie news echoes the mystery, beauty and latent horror of the season; read on for our musings on “2001: A Space Odyssey,” the Cannes Film Festival, “Rosemary’s Baby” and more.

The Cannes Film Festival announced its 2018 lineup and people are, well, a little bummed. The festival will not feature hotly-anticipated works by Claire Denis, Harmony Korine, Terrence Malick and several other esteemed directors. Plus, its main competition includes only three female-directed films out of 17 total. “Star Wars” fans will be pleased, however: The festival will screen “Solo: A Star Wars Story” in its non-competition section.

2) Is “Rosemary’s Baby” about the Holocaust?

As Nathan Abrams notes, Roman Polanski’s “Rosemary’s Baby” “helped reinvent the modern horror genre” when it was released fifty years ago. But is this tale of a pregnant newlywed preyed upon by neighbors in a “satanic coven” really full of allusions to Polanski’s Holocaust-haunted childhood? Abrams believes so; he argues here that the film’s Jewish roots are hiding in plain sight.

3) Why hasn’t anyone seen this IDF-commissioned film about military suicide?

18 years ago, according to the Forward’s A.J. Goldman, the IDF’s film unit was given “unlimited resources” to produce a film about suicides in the Israeli military. The result, a film called “The Disappeared” starred well-known television actor Lior Ashkenazi — most recently seen in “7 Days in Entebbe” (2018) and “Foxtrot” (2018) — but never saw the light of day. Instead, Goldman writes, it “vanished without a trace.” He spoke to the filmmakers to find out why “The Disappeared,” well, disappeared.

Stanley Kubrick’s Jewish roots are relatively well-known, yet few might guess that one of his most famous films, “2001: A Space Odyssey,” has Jewish roots too. Nathan Abrams explored the secret Jewish history of “2001” for the Forward, 50 years after its release.

Have you ever wondered what it would be like if Borat joined the Mossad? In a surprising dramatic turn, Sacha Baron Cohen’s latest movie probably won’t answer that question for you. Cohen will star “in a limited Netflix release about the Israeli Mossad agent Eli Cohen,” Jenny Singer writes. If Eli Cohen’s life story is any indication, the series will be thrilling: He was a “dazzling bachelor” and spy who was executed by the Syrian government for espionage.