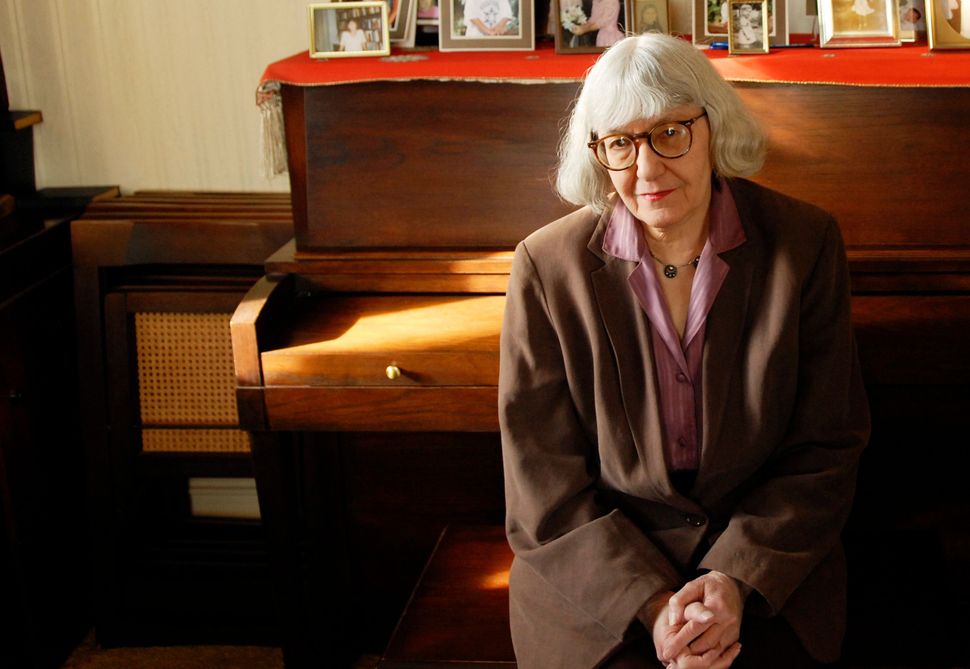 It’s Earth Day this weekend, and while it may not feel like springtime yet, do your best to get out and volunteer in your community. To reward yourself for your volunteering efforts, check out some of the weekend’s best culture to boot.

Cynthia Ozick, a grand dame of American letters, turned 90 this week. To celebrate, check out some of her most wonderful work: “The Pagan Rabbi, and Other Stories”, “Quarrel and Quandary: Essays” and “Foreign Bodies.” You can also pay homage to Ozick by reading some of the books she recommends, including Heinrich Graetz’s “History of the Jews.” Find her full list of recommendations, as delivered to The New York Times in 2016, here.

Netflix’s new film “Kodachrome,” starring Ed Harris, Jason Sudeikis and Emily Olsen, has an interesting origin story: It’s based on a 2010 New York Times story by now-publisher A.G. Sulzberger. If you must check out the new Amy Schumer feature “I Feel Pretty,” feel free to do so, but be warned in advance that reviews for the flick have been tepid at best.

Two festivals take over NYC this weekend: Tribeca Film Festival and the PEN World Voices Festival. Peruse the multitudinous offerings of each, and go see something special. If you’re overwhelmed by the selection of Tribeca and PEN, head instead to the Joyce Theater for a performance by Lar Lubovitch Dance Company, or to the New York Theater Workshop for a preview of Caryl Churchill’s “Light Shining in Buckinghamshire,” directed by Rachel Chavkin.

“The Crucible” is always timely, and is especially so as the Tweeter-in-chief periodically declares himself to be the subject of a witch hunt. Go see Arthur Miller’s classic at the Olney Theatre Center, and learn what an actual witch hunt looks like. If you’ve a yen for film this weekend, Alison Chernick’s documentary “Itzhak” — which is about, you guessed it, Itzhak Perlman — is screening at the Old Greenbelt Theatre. Another good option is Raoul Peck’s “The Young Karl Marx,” which is screening at Filmfest DC. Go, but first, read our coverage of the film.

On Friday, the Art Institute of Chicago will open the new exhibit “Helen Frankenthaler Prints: The Romance of a New Medium.” On Saturday, head to the Poetry Foundation for its “Middle Eastern Poetry Festival.” And if you haven’t yet been, go to the American Writers Museum for “Capturing Stories: Photographs of Writers by Art Shay.”

The big event in L.A. this weekend is the Los Angeles Times Festival of Books. Presenters and performers include no less than five people with the last name “Cohen,” plus one “Cohn,” so it’s sure to be good. It’s also worth stopping by the Paley Center for Media for “Love, Liza: The Exhibit”, featuring Liza Minnelli’s personal photography collection, which includes works by Richard Avedon and Annie Leibovitz. And last but not least, head to the Sierra Madre playhouse to catch Mark Harelik’s play “The Immigrant.”