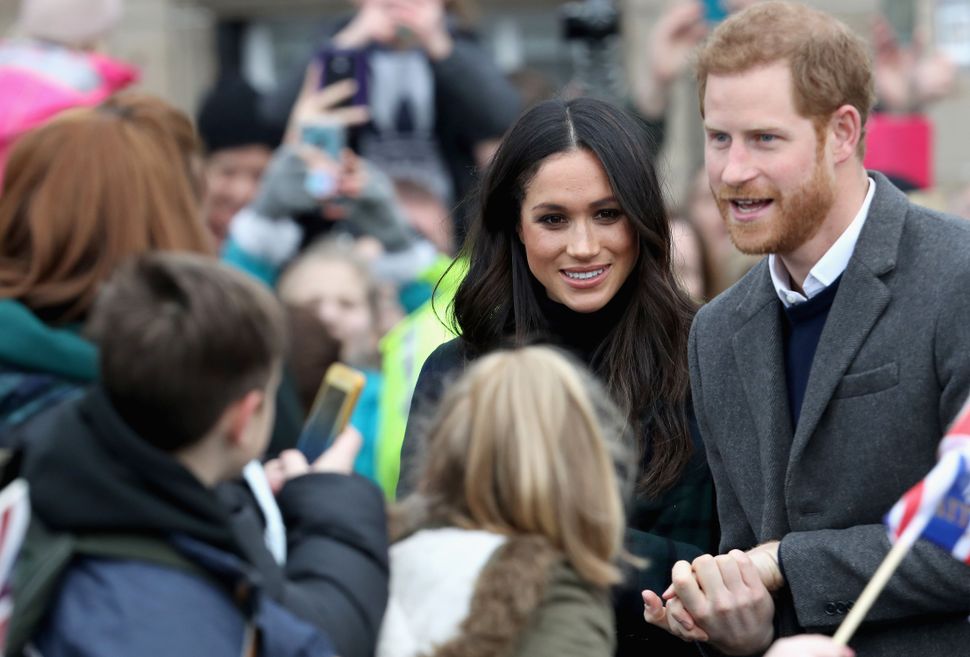 Ok, maybe not that last one. For the first two items, the Forward has your needs covered: Check out our complete guide to Shavuot, including a surprising number of entries about the holiday’s connection to marijuana, as well as our guide to hosting a royal wedding watch party.

There’s a lot to get excited about in this week’s new nonfiction releases. “The Lives of the Surrealists” by Desmond Morris, himself a surrealist artist who knew many of his subjects, is particularly promising; also worth considering are Eli Maor’s “Music by the Numbers: From Pythagoras to Schoenberg” and Jim Holt’s “When Einstein Walked With Gödel: Excursions to the Edge of Thought.”

The Bill Holderman-directed comedy “The Book Club,” which is about a group of older women reading “Fifty Shades of Grey,” has so far gotten promising reviews; it sounds like the perfect weekend pick-me-up. Decidedly less heartwarming will be the HBO adaptation of Ray Bradbury’s “Fahrenheit 451,” which stars Michael B. Jordan and Michael Shannon and premieres on Saturday. And if you’ve decided to wake up in the wee hours on Saturday morning to catch the royal wedding, get ready for the spectacle by reading Forward editor-in-chief Jane Eisner’s essay about her experience covering the 1986 wedding of Prince Andrew and Sarah Ferguson.

Head to the Bronx on Saturday for the inaugural Bronx Book Festival, which will feature authors like Daniel José Older, Arlene Alda and Heidi Heilig. On Saturday night, celebrate Shavuot at the 14th Street Y with “Into the Night,” Downtown Jewish Life’s annual program of cultural conversation, performance and learning. If you’re in the mood for a museum, the exhibit “Chaim Soutine: Flesh” at the Jewish Museum is a worthy option. Read my review, here.

In case you haven’t noticed, it’s Leonard Bernstein’s centennial. D.C. has a particularly Bernstein-centric weekend, beginning with the Library of Congress’s all-day Saturday event “Leonard Bernstein’s America: Celebrating the Collection.” On Sunday, the Cathedral Choral Society honors Bernstein’s commitment to pacifist causes with the concert “Bernstein: Ode to Freedom.” If that’s not enough for you, you can also see the Washington National Opera’s production of Bernstein’s “Candide” all weekend at the Kennedy Center. If you’re ready to celebrate a different American icon, head to a Friday-night screening of the new documentary “RBG” with Robert Barnes, The Washington Post’s Supreme Court reporter.

Friday and Saturday, head to the 9th annual Chicago Zine Fest to learn about the cutting edge in independent publishing. Saturday night, catch folk musician Lucy Kaplansky at the Old Town School of Folk Music. And if you’re prepared for some heavier material, attend a performance of “colimbinus,” a new work of documentary theater about the Columbine High School massacre, at Steppenwolf Theatre.

Bernstein makes an appearance in L.A. this weekend, as well, with Sunday’s “A Place for Us — A Symphonic and Choral Performance” at the Skirball Center. The concert by the Harmony Project and Urban Voices Project features students from across the city performing Bernstein’s immortal “Somewhere,” from “West Side Story.” Saturday, escape with a performance of the Pacific Festival Ballet’s “The Sleeping Beauty,” which stars one Talia Leibowitz as the titular princess. And while my father, who once starred in the Virgil Thompson and Gertrude Stein opera “The Mother of Us All,” has deemed the work intolerable, if you think Stein is fine you can see one of this weekend’s Opera UCLA performances of the work.