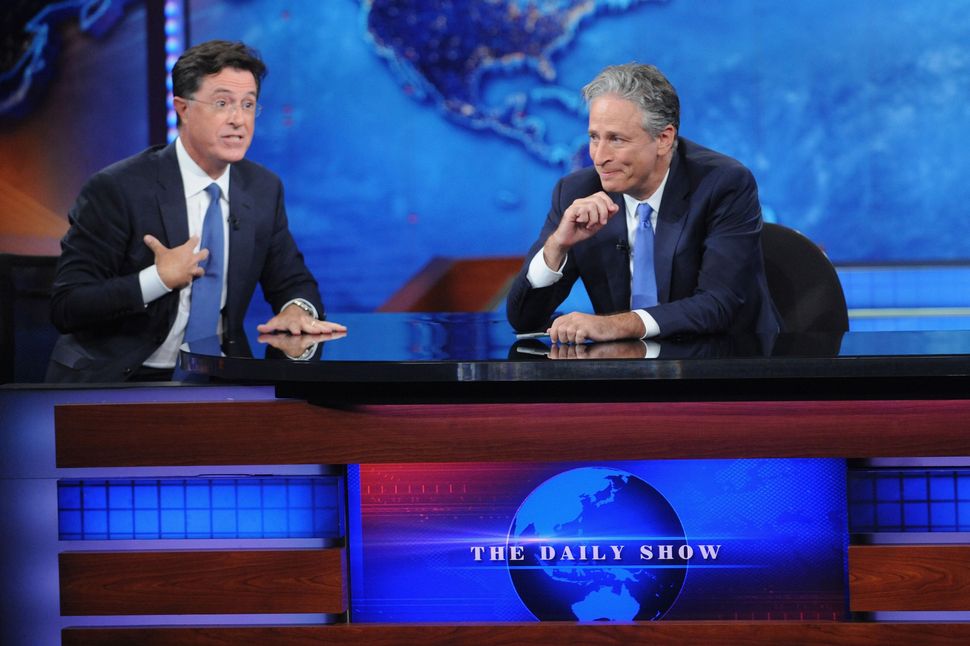 Here is proof from “Late Night with Stephen Colbert.”

Jon Stewart joined autism raffle winner Rachel Ulmer to spend the show chilling under Colbert’s desk. In what looks like an uncomfortably cramped prize they acted out some comedy moments.

During one bit, Jon Stewart and Rachel wear fascinators and pretend to drink tea as he talks about the royal wedding. He says, “So as soon as Meghan says “I do” and they kiss, right? I turn to Elizabeth, I’m sitting next to Elizabeth” — although as everyone pedantically obsessed with the wedding knows, Harry and Meghan said “I will” and only kissed once they got outside. 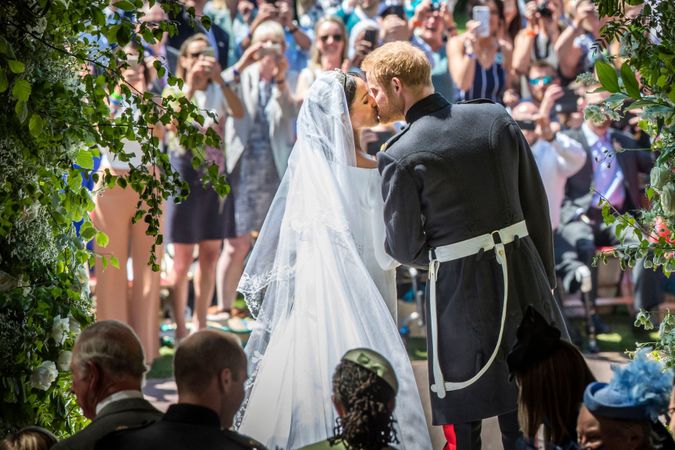 This kiss happened outside. Image by Getty Images

In a later section, Stephen threatens to sue Jon Stewart for throwing sharp objects at him, to which Stewart replies “I’m Jewish, I have my own lawyer.” This got some big laughs from the audience, either because of the reference to racist Jewish lawyer Aaron Schlossberg, or maybe because they’re just big fans of Jewish stereotypes.