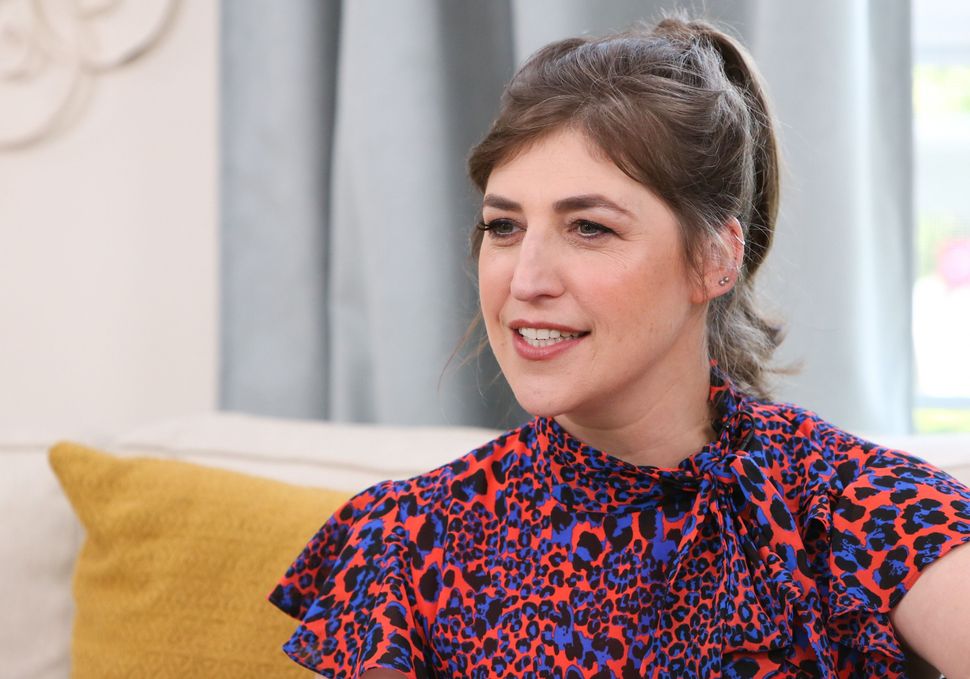 Mayim Bialik does a deep schmooze Image by Getty Images

The Grok Nation creator talked about divorce, stardom, anxiety, challah, and the importance of using protection.

Did we know Mayim Bialik was so funny and relatable? Reader, we did not.

Here are just a few of our favorite moments:

1.Mayim Bialik on becoming a parent:

“It’s like, here — do something you’ve never done before that you have no training for you also don’t get paid for it and you’re probably going to do it wrong and then feel guilty plus you have all of these hormones making you feel bananas…that’s why being a parent is humbling.”

“We were really the only show at that time about a girl, which were told would never fly.”

“All of history is geared towards favoring men, all of religion too. So y’all have a lot working in your favor.”

4.Mayim Bialik on being raised by Jewish parents from the Bronx:

5.Mayim Bialik on having social anxiety:

“In general I tend to be seen as like cerebral and I’m not that good at the Hollywood stuff and that can be kind of isolating and it’s a source of a lot of insecurity for me and I’m a person who lives with active social anxiety…I often don’t know what to do at parties.”

“I generally freak people out. Even if I’m just getting a coffee at a place!”

8.Mayim Bialik responding to a question about dating an atheist:

“I’m fine with people questioning the existence of God! Most of my favorite Jewish philosophers have done the same… That’s not a deal breaker…. You can call it whatever you want — the sun’s gonna come up tomorrow… I can call that divine and someone else can just call it the sun. We can all get along.”

9.Mayim Bialik on the truth about divorce:

“I miss being a family sometimes too, like wow, because kids know when you’re not being sincere, and if i would have said to them it’s fine…they would have known. I was not fine. I’m still not fine sometimes. So I’ve tried to be honest with my kids in a way my parents didn’t know to.”

“I was making pancakes the other day for my kids. ‘No flax seeds!’ they were yelling from the other room. I sneak ‘em in anyway.”

“I used to make challah, for Shabbat, which starts Friday night for the Jews. And I used to make it religiously — as it were — every week. But, yeah, it becomes your entire day.”

12.Mayim Bialik on resisting revenge: “It won’t feel good. Revenge is the poison you drink.”