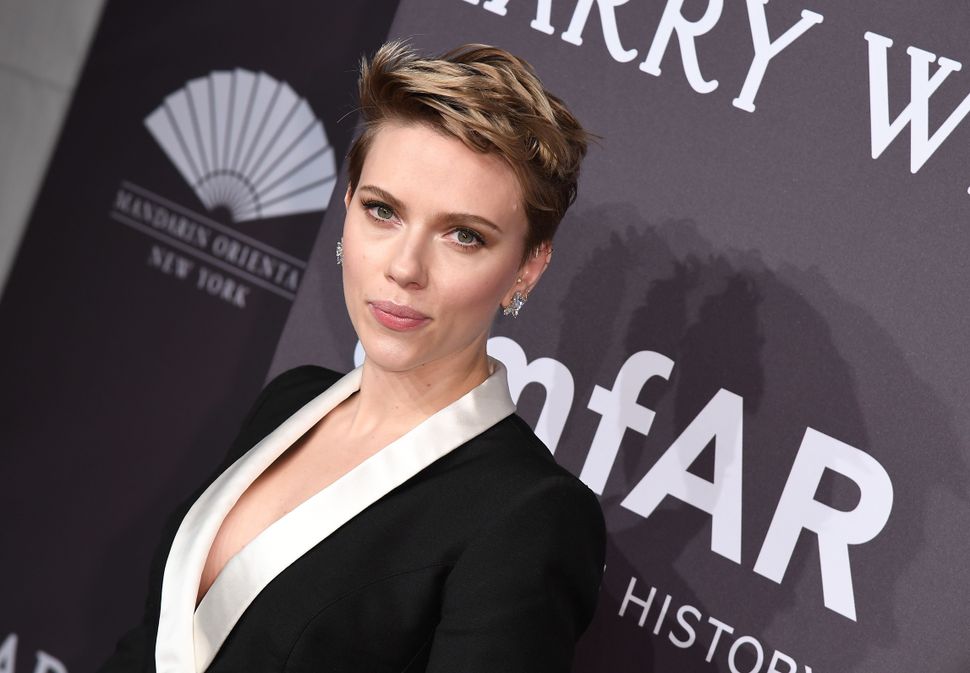 ScarJo, no! Image by Getty Images

Scarlett Johansson has faced massive criticism this week for taking on a role as an apparently transgender man. Johansson will play Dante “Tex” Gill, an iconic massage-parlor kingpin who dominated Pittsburgh’s illicit pleasure centers in the 70’s and 80’s in the upcoming movie “Rub and Tug.” Johansson is a cisgender woman. Gill presented and identified as masculine.

In response to the waves of criticism, a representative for Johansson told Bustle, “Tell them that they can be directed to Jeffrey Tambor, Jared Leto, and Felicity Huffman’s reps for comment.” Those three actors all played transgender characters in major studio productions, despite identifying as cisgender themselves. This is the second time in one year Johansson has been accused of accepting a role that should rightfully have gone to a member of a specific marginalized identity group — the first was for her role in “Ghost in a Shell,” as a Japanese cyber-creature. Rupert Sanders, who directed that film, will direct “Rub and Tug” as well.

Whether it’s wrong to ever cast a cisgender person in a transgender role is tough to determine.

Whether it’s wrong to never, ever cast an actual transgender person in a transgender role is much easier. For more persuasive arguments, the Schmooze hands our baton to the good people of Twitter.

Some serious and compassionate advice:

I hope the Scarlett Johansson controversy doesn’t keep the amazing story of Jean Marie Gill aka Dante “Tex” Gill from being told – if Johansson was smart, she’d find a new director, take the role of Tex’s girlfriend Cynthia, and give a trans actor a big break: pic.twitter.com/1eKnZxp89Q

Actors who are trans never even get to audition FOR ANYTHING OTHER THAN ROLES OF TRANS CHARACTERS. THATS THE REAL ISSUE. WE CANT EVEN GET IN THE ROOM. Cast actors WHO ARE TRANS as NON TRANS CHARACTERS. I DARE YOU #RupertSanders @NewRegency #ScarlettJohansson https://t.co/RkrW8MeGcG

I do not think Scarlett Johansson is an evil person or has ill-intent, but I do feel that if she doesn’t start hiring some career consultants moving forward we are 100% going to see her play Nelson Mandela in a biopic.

Trace Lysette of “Transparent” tells it:

And not only do you play us and steal our narrative and our opportunity but you pat yourselves on the back with trophies and accolades for mimicking what we have lived… so twisted. I’m so done…

And the Colin Jost angle: