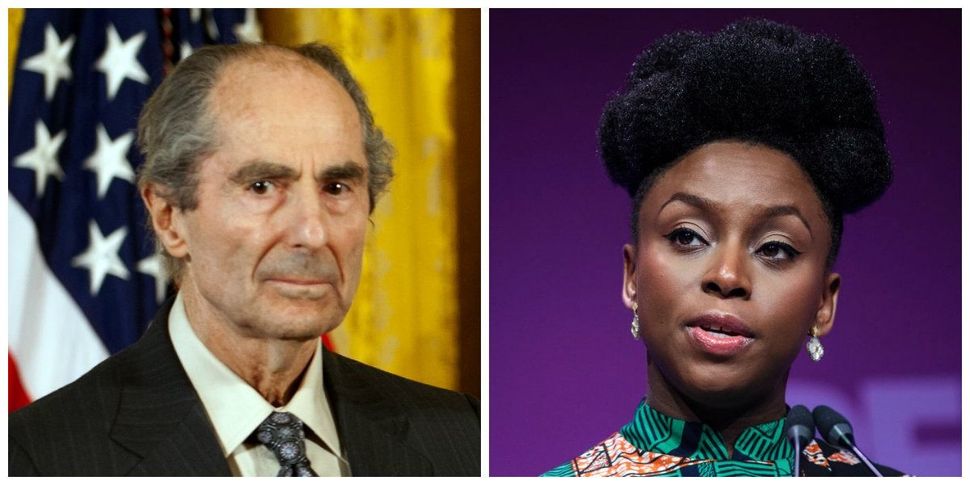 “I am not interested in writing about what people should do for the good of the human race and pretending that’s what they do do, but writing about what they indeed do,” Philip Roth once told The Paris Review. Roth died this year, and as readers grapple with his legacy in 2018, leading feminist thinker Chimamanda Ngozi Adichie has taken a stand: It’s okay for feminists to like Philip Roth.

In an interview with Vulture, Adichie, whose TedTalk “We Should All Be Feminists” was famously sampled by Beyonce in her song “Flawless,” spoke about Roth’s value.

“Somebody was telling me recently that they felt bad for liking Philip Roth. With the reckoning of #MeToo and the death of the author in May, the perceived misogyny in Roth’s work has emerged as a contentious subject. In an essay grappling with the loss of her friend, Zadie Smith wrote that ‘he had blind spots, prejudices, selves he could imagine only partially, or selves he mistook or mislaid. But, unlike many writers, he did not aspire to perfect vision. He knew that to be an impossibility.’ That bothered me. There was a humanity in Philip Roth’s work that is often overlooked when we talk about his misogyny. I read his women and roll my eyes but there is a truth there, because there are many men like his men. Misogyny is a reality in the world. Maybe there are people who want Philip Roth’s misogynists to die at the end of the novel so that they’ll know misogyny is bad. But that would be a little easy, wouldn’t it? The world is complex. People are not perfect. This goes back to how there are things about contemporary discourse that makes me uncomfortable.”

Adichie, it seems, is not apologizing for Roth but rather arguing that he knew exactly what he did — that Roth’s writing is a venue for real and existing misogyny to be captured in text by a genius.

And the best news — we’re still allowed to roll our eyes.