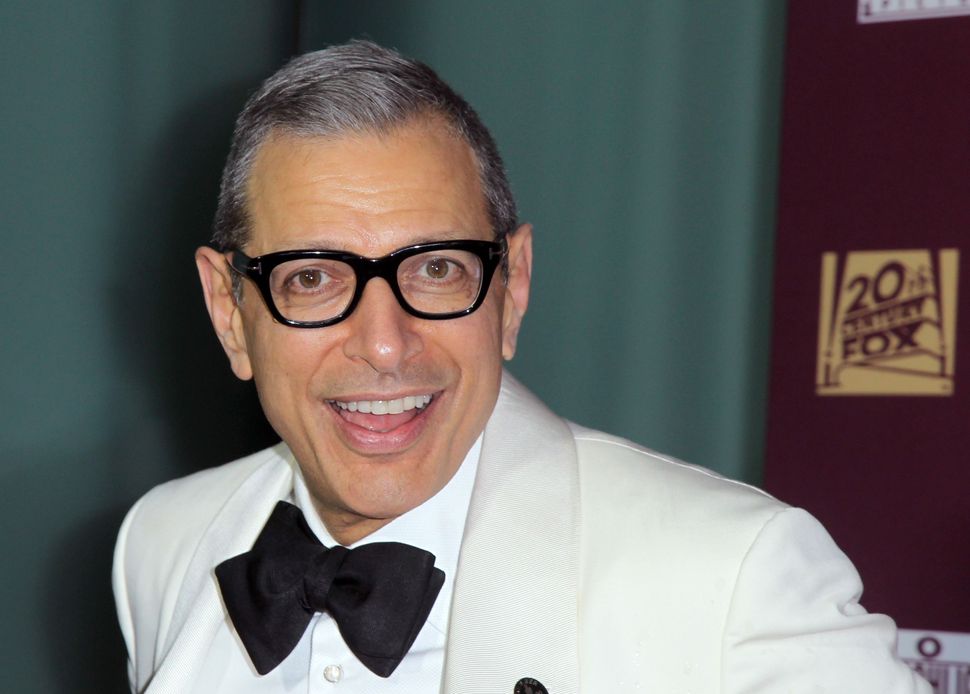 A single protruding nipple on a facsimile of Jeff Goldblum presides over London this sunny Wednesday afternoon. A semi-nude, 23 foot-long statue of the star has been erected in front of London’s historic Tower Bridge in honor of the 25th anniversary of Goldblum and Steven Spielberg movie “Jurassic Park,” CNET reports.

The monument to Goldblum’s character Ian Malcolm is the work of NowTV, a UK content subscription service that evidently has the streaming rights to “Jurassic World.” The looming statue, featuring Goldblum in iconic repose, is 331 pounds and nearly 10 feet tall and 23 feet in length. The new feature on the London skyline finds Goldblum semi-prone and half-shirtless, reclining on thin air as if to demonstrate the strength of his rippling abdominal muscles. The statue, apparently, took six weeks to sculpt, which perhaps explains why it has been placed beside the Thames five weeks after the actual June 11 anniversary of the movie.

Goldblum appears a little gaunt, washed in an uncharacteristic shade of verdigris under his ample stubble. But, oh, what stubble it is. Both the face and head hair on the statue are triumphs of art. Much like the real Goldblum.