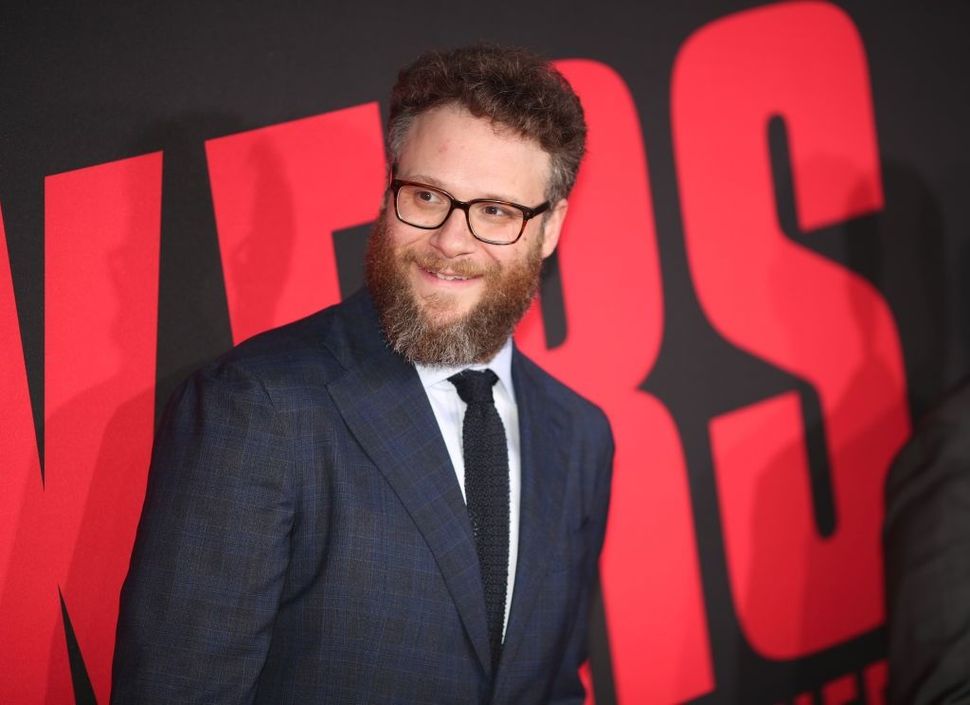 It’s a proud day for Jews, Vancouver, and transit aficionados of all religions, locations, and creeds, (whatever a “creed” may be): Seth Rogen will officially be the voice of the public transit in Vancouver.

“Any opportunity to enrich the lives of the Canadian people is an opportunity I will take,” Rogen announced with endearing smugness in a video on Twitter on Thursday. Donning a Beastie Boys t-shirt (representing his tribe as always) and a jaunty snapback hat, Rogen laughed. TransLink and SkyTrain, Vancouver’s public transit systems, announced on Thursday that after ample public clamoring, Rogen will serve as a guest voice performing transit announcements. Actor Morgan Freeman was originally chosen for the job, but was dropped in May after several women accused him of sexual harassment.

After appeals from Twitter users starting with journalist Stephanie Ipp, “Mr. Rogen offered to work with TransLink free of charge and we accepted his offer in the pursuit of providing a better customer experience and to share pride in the region,” said Steve Vanagas, spokesman for TransLink. Rogen is beside himself. “I grew up in Vancouver taking public transit my whole life and I still use public transit when I’m in the city,” he says in the video. “I am honestly always looking for ways to participate in Canadian culture and to put the spotlight on Canada.”