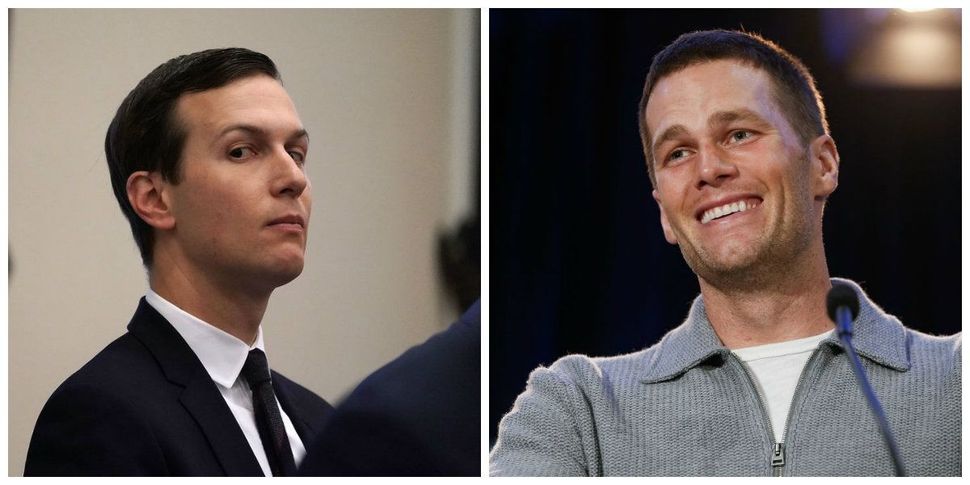 Apparently unaware that spinsterhood and vows of chastity are still things, the President apparently jokes regularly about wishing his daughter had married the legendary quarterback instead of Kushner. “Several times Mr. Trump joked that he ‘could have had Tom Brady’ as a son-in-law,” Maggie Haberman and Katie Rogers reported for The Times. “‘Instead,’ the president said, according to five people who heard him, ‘I got Jared Kushner.’”

This may be the greatest point of commonality American Jews can find with Trump these days — if we were going to have a Jew as a top advisor to the president it could have been one of our best and brightest b’nei-mitzvah’d babes. Instead it was an accidentally-Ivy-league mumbler who uses his status as a descendent of survivors to justify the president’s warm attitude towards neo-Nazis.

Dem’s the breaks! On the other hand Brady, whom we admire for his devotion to his children, is basically a cheat-y, aging bro hawking creepy dieting techniques.

Ultimately, what Trump is saying is that he would have married his daughter off to the co-star of “Ted II” instead of a mute, dimple-faced co-worker of Steven Miller.

Seems like a Sophie’s Choice to us! Something Kushner, some day, may be personally familiar with.