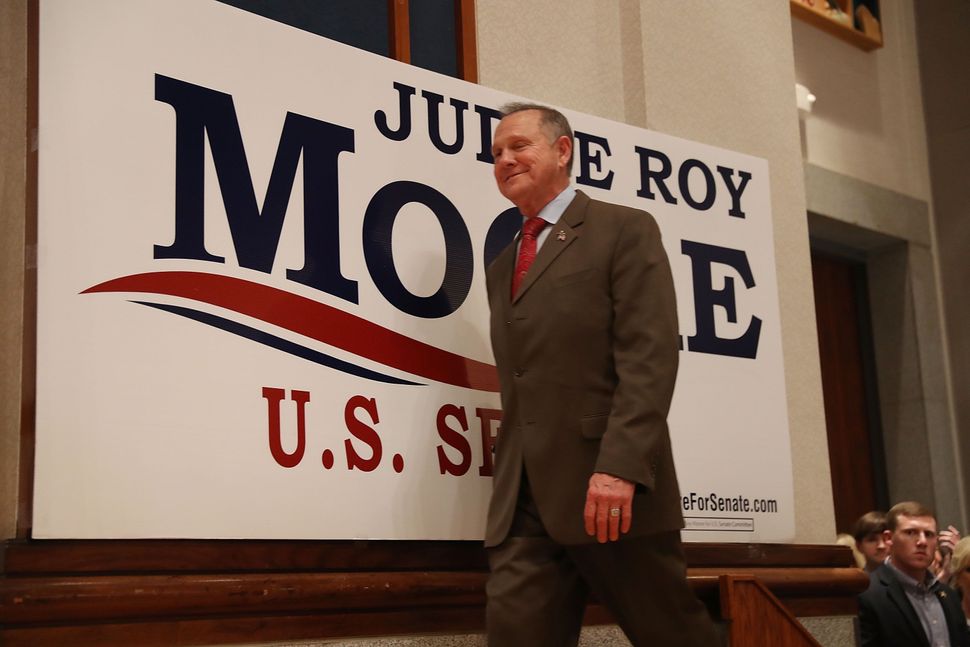 Sacha Baron Cohen continues to up the shock-factor of his controversial show, Who is America, and we are all for it. In the show’s third episode, he interviewed everyone’s favorite Southern villain, Roy Moore, and basically called him a pedophile to his face, which now explains why Moore has threatened to sue Sacha Baron Cohen.

Moore is the Alabama judge who was accused of sexual assault and inappropriate behavior by multiple different women and girls, yet brazenly plowed onward in his attempt to win a seat in the Senate in 2017 (never fear, recall that he lost – despite the raucous support from President Trump – replenishing our faith in the American people.)

Sacha Baron Cohen disguised himself as an Israeli anti-terrorism expert named Col. Morad to meet with Roy Moore, whom he calls in the video a “respected politician” with the poker face that we’ve come to know and love. “Morad” starts off the interview with the judge in a Israeli thick accent as they shake hands and greet each other with the Hebrew welcoming phrase, “Shalom”.

Moore goes on to wax poetic about the liberty, the freedom, the equality of the land he cherishes so dearly — Alabama — and goes on to smoothly connect it to why he, and the rest of his state, is supportive of Israel. “It’s part of our heritage,” he explains.

Baron Cohen nods understandingly for a bit and then veers into a topic that Roy Moore is all too familiar with: sexual assault and pedophilia. The comedian excitedly informs him of a new tool that the Israeli army has been using to detect sex offenders and pedophiles — a wand that beeps when it is waved over a sex offender. Moore fidgets uncomfortably and lets out a non-committal “mmhm” while Baron Cohen rambles about the usefulness of the Israeli technological gadget. He explains that it can figure out who is a rapist just by waving the wand over a person because “the phrase sweating like a rapist is actually based on science.”

He waves it over Moore and the wand beeps. Watching Roy Moore’s jaw tighten and his jaw drop ever so slightly is oddly fulfilling. “Is this your jacket? Did you lend the jacket to somebody else?” Baron Cohen asks innocently. He then attempts to use the wand on someone else to make sure that it is not faulty and, when it does not beep for anyone else, he brings it back to Moore. Of course, it lets out a few satisfying beeps each time it is waved over Roy Moore. Moore responds coldly, with contained, yet clear anger, that he has been “married for 33 years,” he has “never had an accusation of such things” and is “certainly not a pedophile.”

With that, he stands up, brusquely shakes Baron Cohen’s hand and ends the interview.