Tiffany Haddish: Men Fear Women Who Are Aggressive. That’s How I Protect Myself. 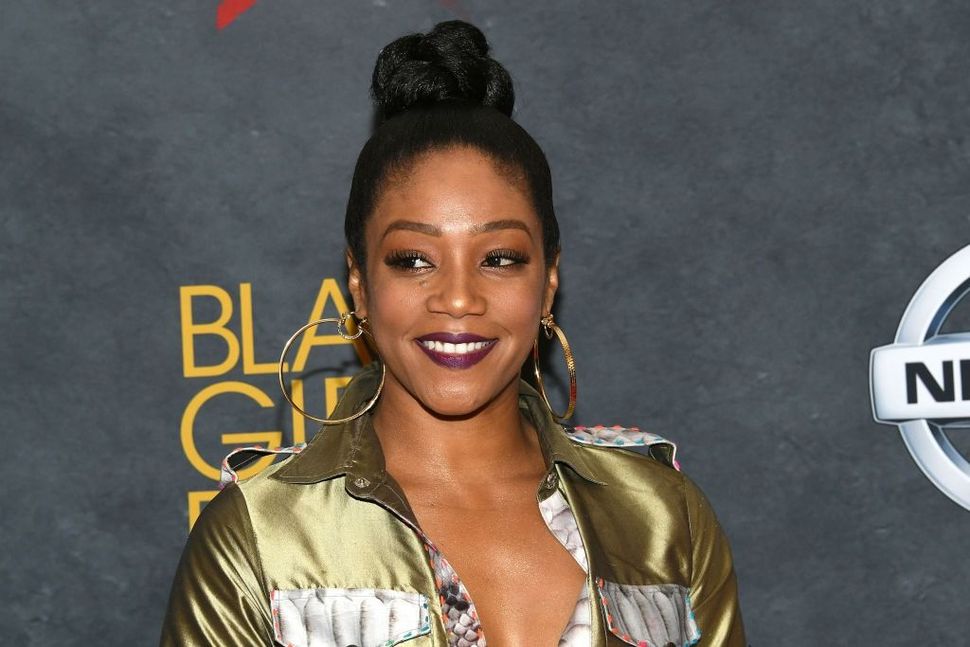 Tiffany Haddish, the one and only Image by Getty Images

Men — and that’s how she likes it.

The hottest comedian of the year told Glamour magazine that her experiences with abuse in foster care, alleged rape at the hands of a police cadet at 17, an allegedly abusive ex-husband, and directors and producers who tried to manipulate her into sex, taught her to protect herself against men by exuding her own brand of aggression.

“I notice that men are afraid of women that are aggressive,” she said. “So to protect myself I become semi-aggressive.”

Haddish is known for her wild flirtations — on and off screen, she can be seen pursuing men with the dauntless energy and confidence most of us associate with…men, exclusively. “You hear about, ‘Tiffany always hitting on somebody,’ but that’s to keep them from hitting on me,” she says. Throughout her life, other people have always called the shots. Now, Tiffany Haddish calls all the shots.

Haddish has huge dreams — she wants to work with Spielberg and Tarrantino, give each of her siblings a million dollars, and make more money than Dwayne “The Rock” Johnson. “If he can make $65 million, I can make $65 million too,” she says. Haddish, who was raised on-and-off in foster care after her father (who was Jewish) abandoned her family and her mother became sick and abusive after a car accident, says: “I want to get on that Forbes magazine, not for the money, but to be an example to other foster youths that it don’t matter how low from the bottom you are, you can always rise to the top if you believe in yourself.”

Bless up, Tiff! Next year, on the cover of Forbes.

Tiffany Haddish: Men Fear Women Who Are Aggressive. That’s How I Protect Myself.