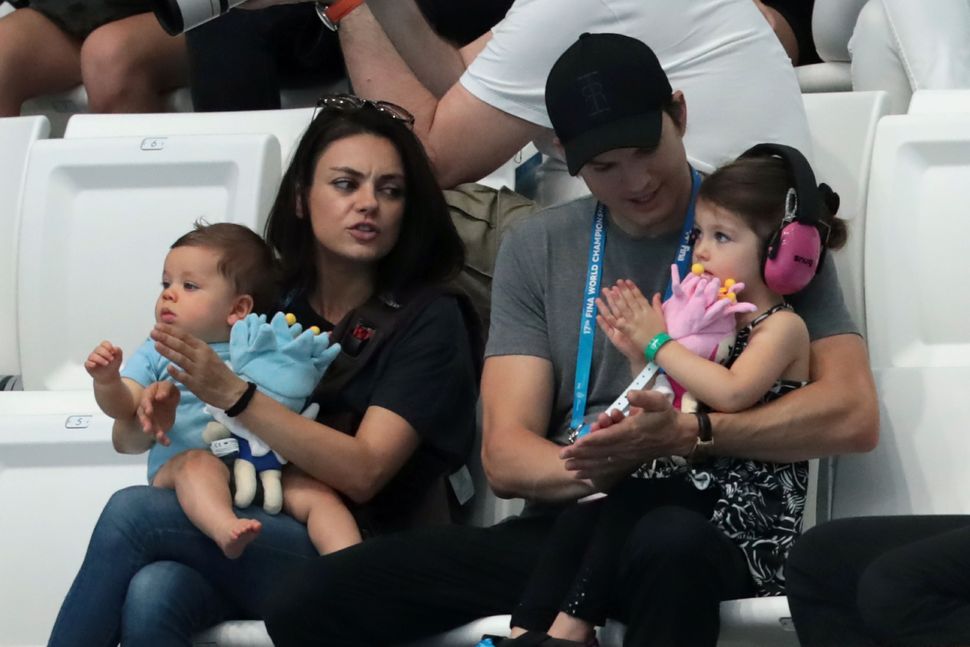 Mila Kunis has been on our radar this week. From her brand new comedy film, “The Spy Who Dumped Me”, which is already getting rave reviews, to her relationship timeline with Ashton Kutcher, one could assume we have enough news about the Jewish babe.

One would be wrong.

In an interview with director Dax Shepard (aka Mr. Kristin Bell) on “Armchair Expert with Dax Shepard”, she told thousands of listeners about her weekly Shabbat dinners with her family. Which brings us to the following conclusion: You can never have too much Mila.

Her Friday night dinners are what Jewish dreams are made of. On the podcast she says: “I love the idea of — regardless of where we are in the world, regardless of what we’re doing, on Friday night, we take a minute to just acknowledge one another, to acknowledge our children, to acknowledge our family, say I love you, apologize for all the dumb s**t that we did, and move on.” For the star actress, Shabbat is not about halakhic observance as much as it is about spending time with the people you love and staying present. “I’m not religious, at all, but Ashton is,” she tells Shepard. The question is, how can we sign up for a meal at the Kunis-Kutcher household? If only.

This is not the first time she’s spoken candidly about her experiences with the holy Jewish day. In a 2017 interview she explained that her children love Shabbat in part because they associate Fridays with sipping Kiddush wine.”My daughter had a sip of wine [on Shabbat] since she was born,” she explained. “Friday mornings she wakes up and I say ‘It’s Friday’ she says, ‘I can have wine!’”

Even though the celebrity couple’s children are Jewish, Kutcher has yet to convert to Judaism. And we doubt he will. Fascinatingly, like his wife, the actor is big on practicing Kabbalah and enjoys having Shabbat meals every week.

Both partners acknowledge that making time for a sit-down meal requires a lot of work and effort, but it’s worth it to have that extra quality time with their children. “Our kids are going to get older, and they’re not gonna want to spend time with us. Just what happens. Too bad, so sad, you’re going to have dinner with us. So that, to me, was like — Friday night, we’re all going to get together, and we’re all just going to talk. And we’re gonna talk about the week,” she explains. Understandably, with two small children under the age of three, it’s difficult to keep their attention spans going for more than five minutes. But as they get older, she says, it’ll always be their family’s ritual to reconnect.

For listeners who aren’t familiar with the practices of Shabbat, she explains it simply. “You light two candles…one’s for the mom, one’s for the dad,” she said. “You light the light, you combine the light, you say a nice little prayer, you say a prayer for your children, you say a prayer…for the bread, we do a couple blessings, it’s literally minutes long, and then we just apologize for whatever we did that week that upset one another, then you kind of just move [on].”

What’s even more impressive is that her children know the blessings in Hebrew. Kol Hakavod to them and a Shabbat Shalom to all!

Bonnie Azoulay is a Lifestyle Intern at The Forward.