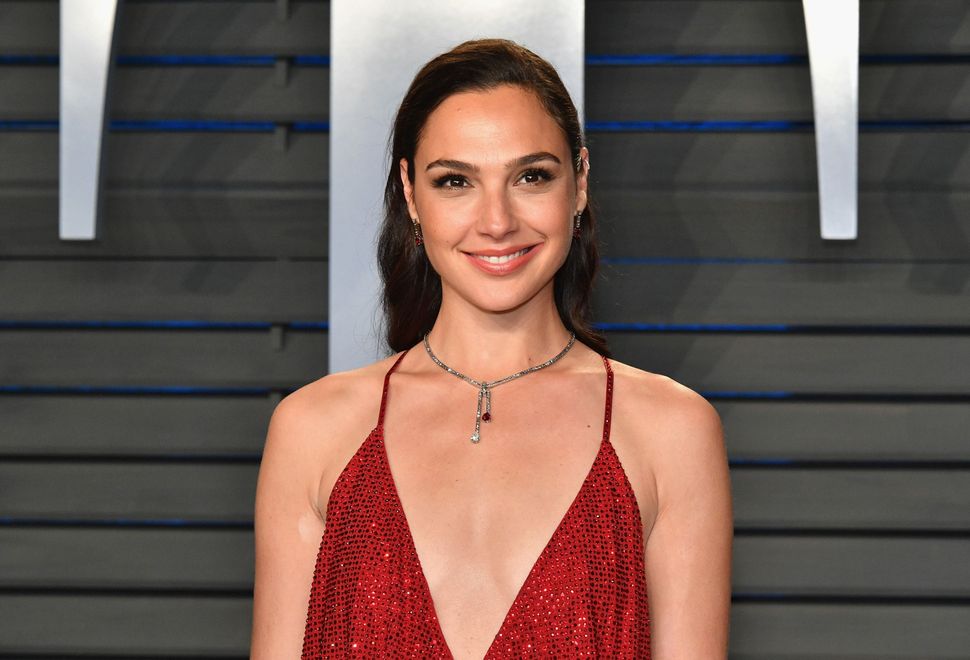 On screen “Wonder Woman” Gal Gadot is the consummate hero, saving the world from ultimate destruction. It turns out that in real life, the Israeli actress is also fighting a war to end all wars.

Through her social media platforms, the mother of two little girls has proven to be an advocate for mitigating the gender role gap between men and women. As a public figure striving for equality, the upcoming lead actress in the films “Wonder Woman 1984” and “Hedy Lamarr” is basically the spokesperson of our people, we’ve culled her top five moments where she uses her superpowers to save the world from sexist, immigrant-phobic, anti-Semitic, unethical forces of evil.

1: — In her most recent Instagram post, she featured an article from Romper.com titled, “My Son Is Busting Gender Stereotypes, But I’m Nervous For His First Day Of School,” about a boy who wore a “girly” Wonder Woman backpack to school. In her caption, she had her followers wondering why boys can own toy guns but can’t play with Barbie dolls. Breaking gender stereotypes, she says, is something she strongly believes in. We’re totally with you, Gal.

“WHY ARE WE TRYING TO GET OUR BOYS TO LIVE IN A MUTED WORLD OF BLUES, BROWNS, AND GREENS, WHERE IT’S FINE IF THEY PLAY WITH GUNS AND TRUCKS, BUT NOT WITH BARBIES?” Just read this article about breaking gender stereotypes by Katie Alicea. Such an important topic and something I believe in so strongly. I hope Issac wore the crown and his WW backpack proudly to school. ??‍♀️ #WonderBoy

2: — Earlier this month, when the Trump administration’s policy of separating children from their parents gained notice, she took to Instagram to share her sentiments on the cruel practices. The Israeli actress followed up with a retweet by “Wonder Woman” director Patty Jenkins, who wrote: “Trying to make our film today, but Gal and I growing increasingly distracted by the fact that there is somehow not an aggressive and swift effort to reunite these kids with their parents. What kind of people are standing in the way of such a thing? #Childrenbelongwiththeirparents”

This picture breaks my heart… Can you imagine how this little girl feels? How scared she is..? Everything is wrong with this picture.. #childrenbelongwiththeirparents

3: — When Aly Raisman stood on stage at the ESPY awards and said, “We may suffer alone, but we survive together,” Gal acknowledged her bravery and that of the other 141 women who spoke out about their abuse at the hands of ex-doctor Larry Nassar. She called these winners of the Arthur Ashe Courage award, “Women of wonder.”

Extremely moved by these incredibly brave women standing on that stage. I’m here with you, and your truth does matter. You are all truly women of wonder. ♥️

4: — Unlike many other celebrities, Gal clearly partners with companies that are true to her role as an inspiration to young women. In Reebok’s new #BeMoreHuman video campaign, she promotes “Women Making a Change,” through motivational slogans like “Don’t be a perfectionist” and “Don’t be afraid to fail.”

“We Change the World Every Time We Lead By Example”.. Surround yourself with positive, inspiring, & strong women and you will always be in a good place. #bemorehuman

5: — On equal pay day, she filled our feeds with emojis from all colors and walks of life. From the painter to the policewoman and the farmer to the construction worker, these seemingly innocuous figures were lined up to spread awareness about equal pay for all humankind.