Admit It: ‘The Spy Who Dumped Me’ Isn’t Selling Because of Sexism 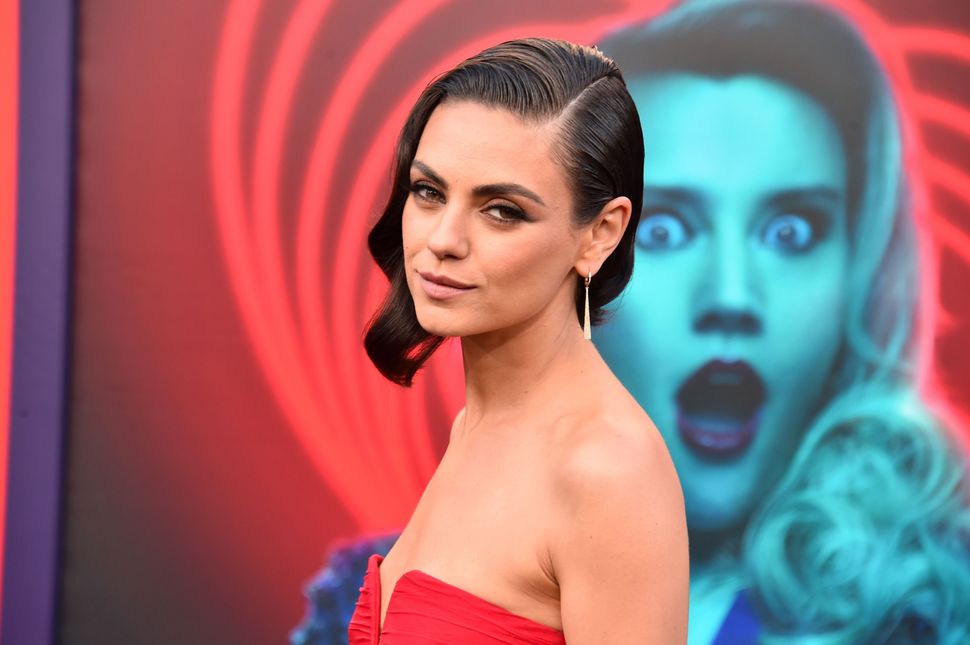 That’s right. “The Spy,” directed by Susanna Fogel, and written by her and David Iverson (both Jews,) is a glorious summer spectacle. It’s preposterously violent, glossy, and funny in a reach-for-your-inhaler kind of way. But it’s pulled in disappointing box office numbers with a slow opening weekend. Reviews are patchy, coming, mysteriously, from critics who seem confused that a summer movie about best friends who get caught up in an international spying escapade might be “predictable” or “silly.”

Friends, Romans (if any of you happen to be reading a Jewish pop culture blog,) and country-people, we know this observation doesn’t look very good on us, but it has to be said: We can’t think of any reason “The Spy Who Dumped Me” is being so poorly received except because of sexism.

We know, we know — being the one to cry “patriarchy” is like being the boy who cried wolf if the world had billions of free-roaming wolves that people had just gotten used to.

We can’t prove people aren’t seeing “The Spy” because of sexism — we don’t have any footage of moviegoers watching the delightful trailer and then saying “I won’t see that because decades of socially enforced misogyny makes an action-comedy anchored by two women, however hot and funny, incongruous with my ideal for entertainment.” But we do wonder why a movie on popular topics starring two A-listers, and co-written by a former SNL writer, would be quite so unappealing to the public.

And no, no review of “The Spy Who Dumped Me” that we read included the words “I judged this more harshly than I would judge other similar movies because I have an ingrained sense that women are inferior and to impress me they will have to do everything better than their male counterparts while being highly sexualized.” We did notice, though, that 88 of the 117 writers whose reviews were combined for the movie’s Rotten Tomatoes score were men. That’s 75% male reviewers writing about a movie made by a woman, starring women, focused in part on female friendship. How interesting that the same group found “Mission Impossible: Fallout,” which has the same cast and creator gender ratio as “Spy” but in reverse, was phenomenal.

We’re not saying movies rise and fall based solely on their creators’ and stars’ genders. We know people see movies for complicated reasons, and we know movies featuring women can be just as bad as anything else. We know “Bridesmaids” was huge. But when are female-anchored movies going to be allowed to be just reasonably good the way male-anchored movies are? Why did reviewers at the New York Times find “The Spy” “silly” but “Mission: Impossible — Fallout,” “an entertainment machine par excellence”?

You should see “The Spy Who Dumped Me” because it’s funny, insanely violent, and absolutely silly.

You should see it because Mila Kunis, our beautiful Jewish alien-baby-face, came all the way from the Ukraine to become one of America’s proudest Jewish celebrities.

You should see it because Kate McKinnon is an international treasure who is probably a lamed vavnick and acts on human agony like specially-engineered sponges act on oil spills.

You should see it because it opens in Vilnius, Lithuania, which might be the home of your ancestors and is having a barn-burner of a week.

You should see it because it was dreamed up and directed by a woman — a Jewish woman.

You should see it because it has a fight scene that takes place on a trapeze.

And you should see it because if we want to see movies made by women and starring women, we need to spend money on them.

Correction, August 10, 3:35PM: An earlier version of this article mistakenly wrote that the city of Vilnius is in Ukraine. It is in Lithuania.

Admit It: ‘The Spy Who Dumped Me’ Isn’t Selling Because of Sexism