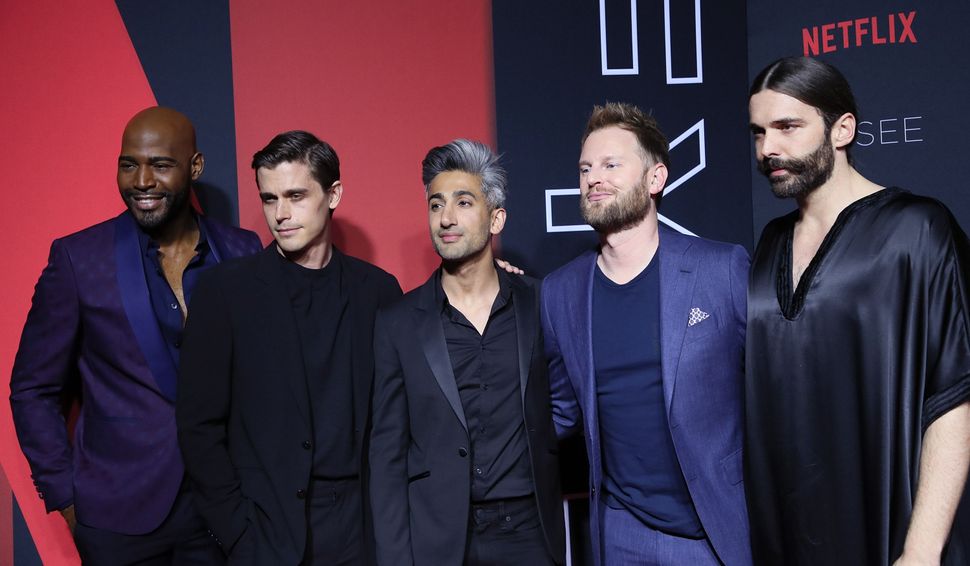 Tan France has the best hair in the English-speaking world and soon he will have a credit on the best musical-comedy TV show.

In the best collaboration since truffle oil and anything, “Queer Eye” reboot star Tan France will make his acting debut in a guest-star role on the final season of CW’s “Crazy Ex Girlfriend.” The incredibly posh fashion-expert announced on Twitter that he filmed a scene for the off-beat (but also on-beat) deliciously Jewish comedy. “Yesterday, I did something I would have never dreamt possible. I filmed a scripted scene!” he told his followers.

YOU GUYS!
Yesterday, I did something I would have never dreamt possible. I filmed a scripted scene! ?
The amazing folks @CrazyExGFTV had me guest star, and I couldn’t feel more honored and grateful.
Airs November! @alinebmckenna pic.twitter.com/MmNZ0tR1s9

France’s episode will premiere in November, as part of the beloved series’ fourth season and final act. We’re rooting for a full-scale makeover-cum-self-acceptance scene, Rebecca Bunch doing an impression of Tan’s accent, and the other members of the Fab Five making appearances as well.