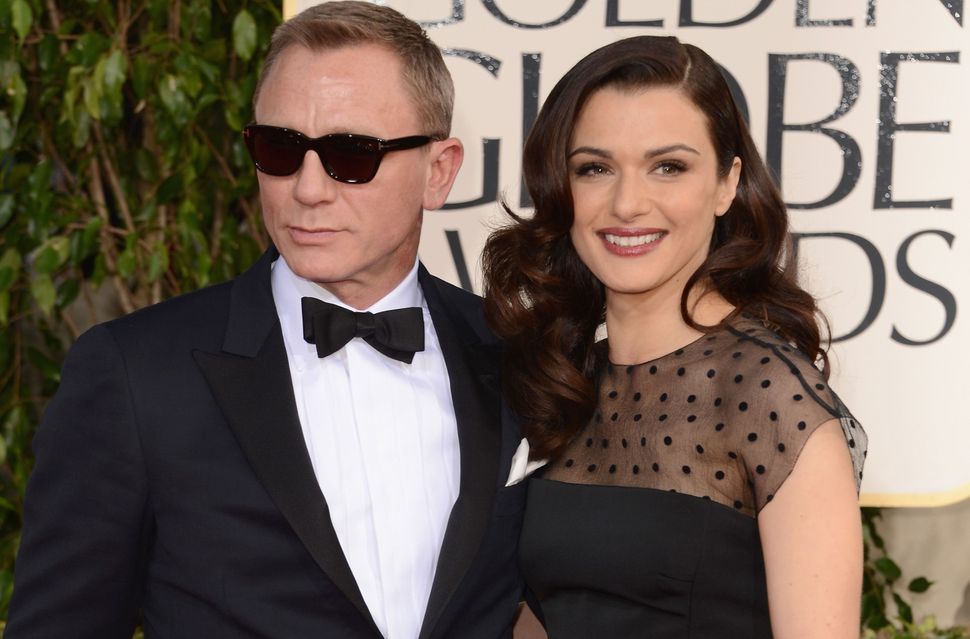 These two terrifying wax figures had a baby! Image by Getty Images

Sing to the tune of “Edelweiss”:

Rachel Weisz, Rachel Weisz Your impact on indie films is incontrovertible
Deborah Lipstadt’s pal, Daniel Craig’s gal, We don’t have any information about your new baby because you call that “personal”!

Rachel Weisz, one of Judaism’s most respectable superstar-genius-babes, welcomed a new baby with film star Daniel Craig this week, the UK Independent reported.

And that’s about all they reported — the British pair is very private. We do know that the couple, married in 2011, is “very happy.” Both Weisz, 48, and Craig, 50, have children from previous relationships. No news on when they’ll sit the whole brood down and do a triple billing of their most Jewish and most alliterative movies: “Defiance,” “Denial,” and “Disobedience.”

Could be a great idea for a b’nei mitzvah party.