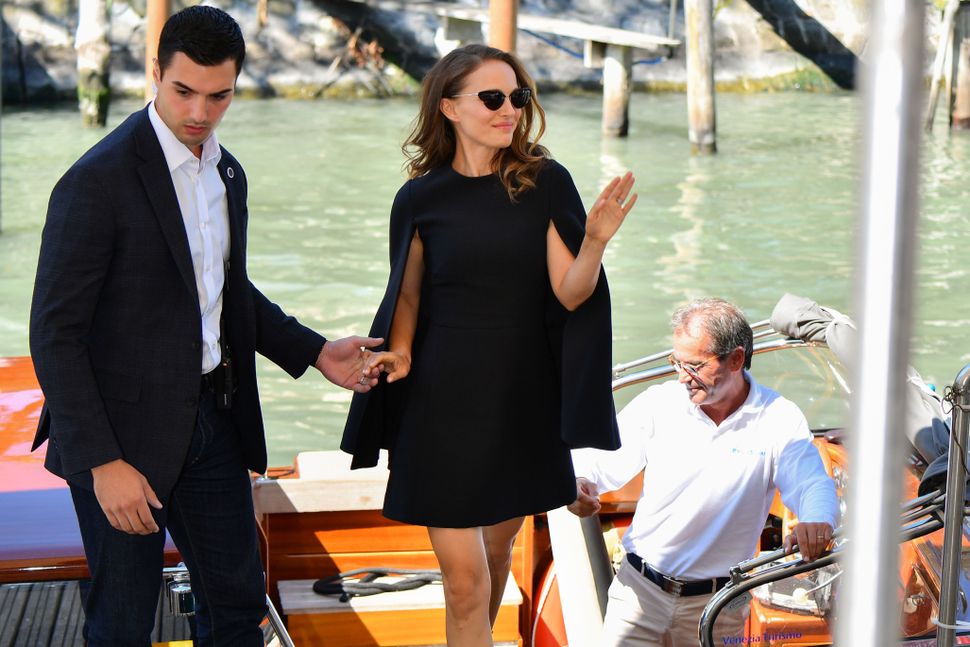 Natalie Portman, in a cape, in Venice Image by Getty Images

In the beginning, there was nothing. And then God said: let there be an elfin beauty gliding through the streets of Venice in a black cape-dress. And it was Natalie Portman. And God saw that it was good.

Some people handle breakups by posting pictures of themselves on Instagram. Some people head to the gym to develop a “revenge body.” And some people — after breaking up with the Israeli government by refusing to appear on stage with the country’s prime minister and losing the right to distributing a million dollars to women’s organizations — swan off to Venice to leap defiantly out of boats, and cover themselves in gold. 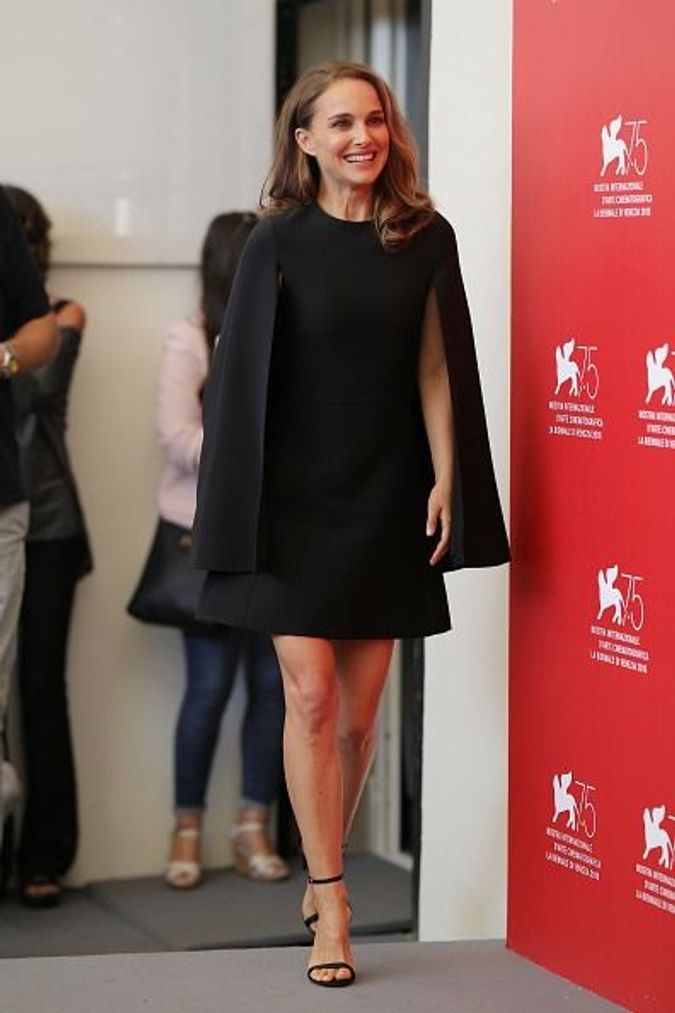 B’caped and glowing like a Korean face mask model, Natalie Portman has spent the week gliding through Venetian canals and promoting her movie with a carefree smile that says, “I know the one million dollar Genesis Prize money is being distributed right now and I don’t care, that’s why I’m in this cape.”

As the Genesis Prize begins doling out funds to the 37 women’s organizations that would have been selected by Portman, the actress and her French ballerina husband Benjamin Millepied arrived at the 75th Annual Venice Film Festival this week, where the actor is promoting her current project “Von Luxe,” a film about modern superstardom that’s already garnering great reviews and Oscar buzz for Portman. Get this — the movie opens with a sequence called “Genesis.” Put that in your juul and smoke it, Netanyahu, Portman seemed to say, as she rolled up at the festival dressed with a kind of JStreet-chic radiating both moral and cosmetic superiority.

Tuesday night was more of a regular, humdrum evening for the actress, by which we mean that she stalked the red carpet dressed in a plunging gown made of thousands of gold sequins and committed what is being heralded as a “rescue” of one of her cast mates (she fixed her dress.) Just before this heroic incident, the renegade lefty Zionist was pleased to learn that she had an executive producer credit on “Von Luxe” — when a writer for Vanity Fair brought it up, Portman cheerfully admitted that she had no idea. 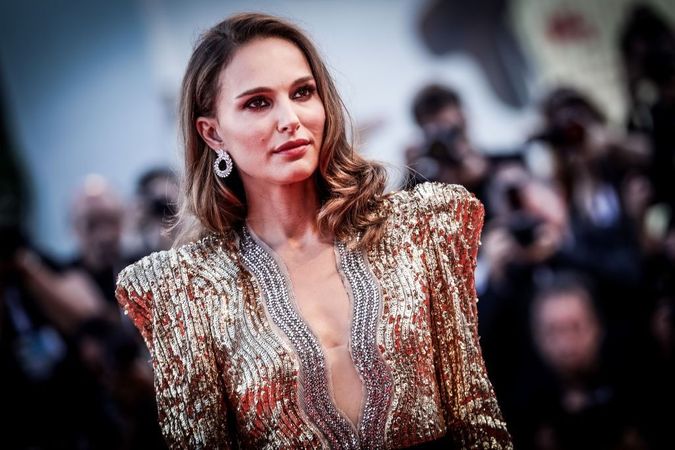 When Natalie Portman was young, she had it all — as a youth she served as a research assistant for Alan Dershowitz and studied for a Harvard degree. Now she’s nothing but a crazed, left-wing maniac with a Harvard degree, an Oscar, a cape, and “Jewish values” that guided her towards the belief that you can shun a country’s elected leader without shunning the country. Well, good luck to her. 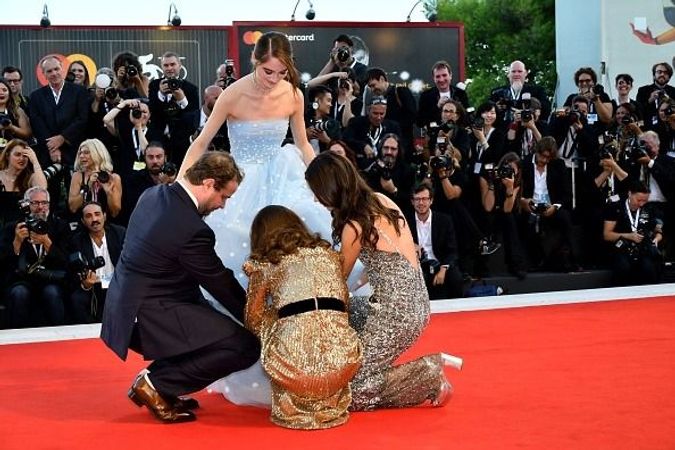