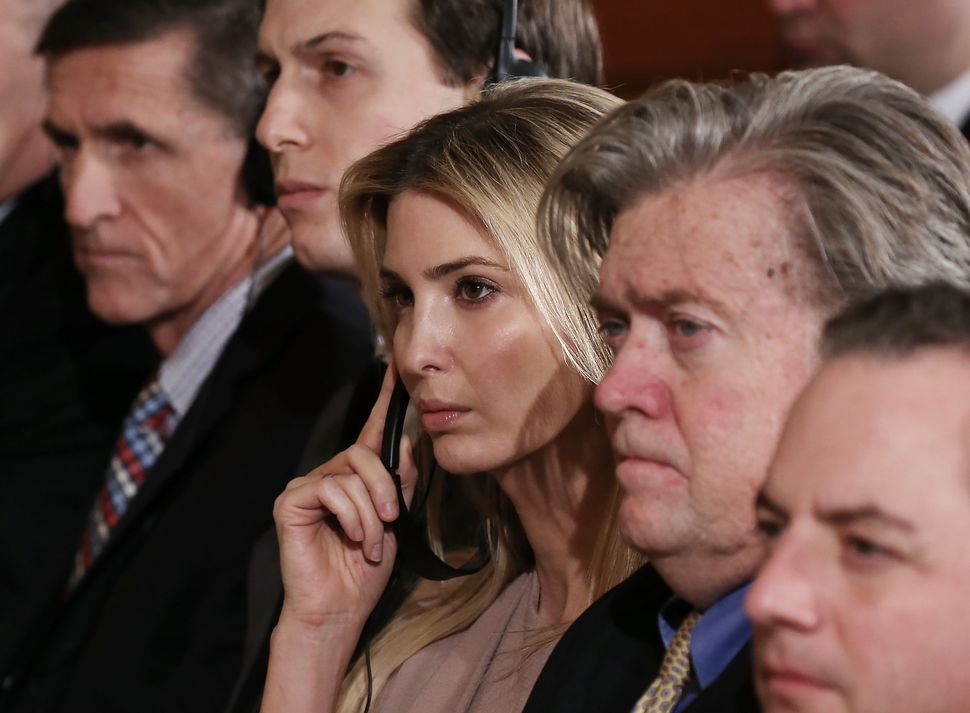 Blame it on the stress of having President Trump as a father, or a then-struggling, now-defunct clothing brand. But whatever the reason may be — Ivanka Trump lost it. Bob Woodward’s new book reveals that she lashed out at Steve Bannon, the former White House Chief Strategist.

Why did she take her anger out on one of Trump’s previous trusted advisors during a staff meeting? According to journalist Bob Woodward, it was a power struggle. A showdown apparently ensued after Bannon allegedly screamed, “You’re nothing but a f*****g staffer! You walk around this place and act like you’re in charge, and you’re not. You’re on staff!” To which Trump snapped back, “I’m not a staffer! … I’ll never be a staffer. I’m the first daughter and I’m never going to be a staffer!” We all knew how that fiasco would end. After all, there’s likely nothing Ivanka Trump hates more than being called a fraud.

You say advisor, we say staffer. It’s all the same, really.

Woodward, the journalist who, with Carl Bernstein, broke the Watergate scandal for The Washington Post in 1972, reports on a number of shocking stories in his new book, “Fear: Trump in the White House.” It won’t officially be published until September 11th, but several outlets have obtained early copies of the book and reported on some of its more salacious details. (Woodward himself would tell you that the truth will out.)

And we’re grateful for these scraps of truth (“truth”?). Ivanka Trump may officially be The First Daughter and White House Advisor, but she’ll always be “The Apprentice” host’s daughter, to us.

Bannon, this is probably why you’re fired.

Bonnie Azoulay is a lifestyle intern at the Forward.