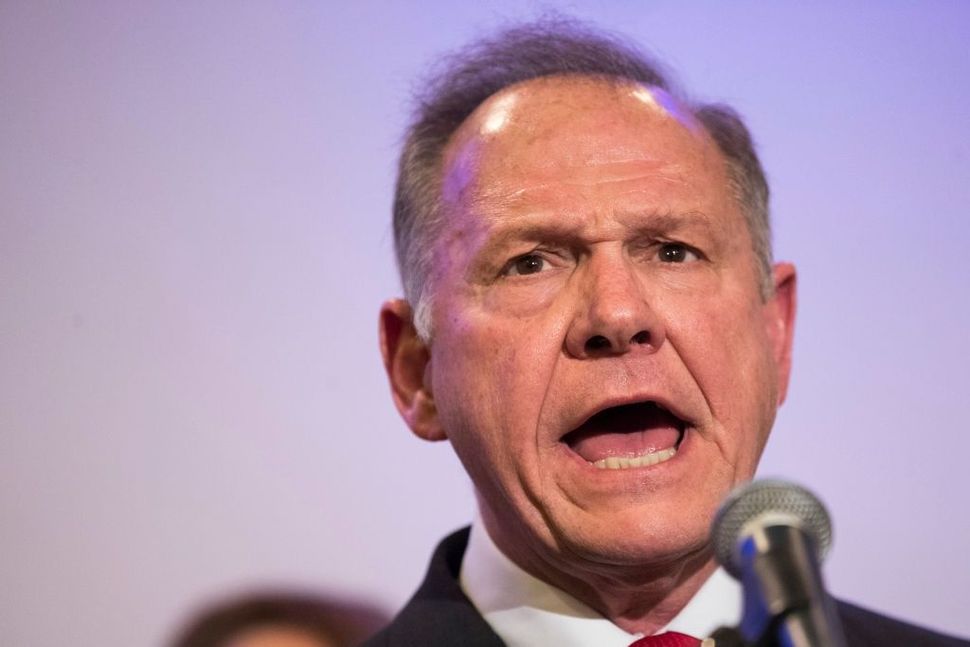 After being tricked and mortified on national TV by Sacha Baron Cohen, Roy Moore has attempted to salvage his tarnished reputation by slapping a $95 million lawsuit on the comedian. The disgraced judge is demanding that Baron Cohen pay up to atone for the trauma that Moore has endured after “being falsely portrayed as a sex offender and pedophile.”

On his contentious show “Who is America?”, Sacha Baron Cohen interviewed Roy Moore under the guise of an Israeli terrorism specialist, touting an up-and-coming gadget that would identify sex pedophiles. During the episode, Baron Cohen waved the high-tech wand over Moore and it beeped incessantly at him. This spoof clearly hit too close to home for the Southerner, as he has been accused of sexual misconduct with young girls

Judge Moore claims that he was under the impression that he would be speaking to a network called “Yerushalayim TV” (a nonexistent channel and, perhaps, if Moore had done his own research, he wouldn’t have been humiliated on TV), that the interview would revolve around his undying support of Israel, and that he “would not have agreed to appear” if he knew what the interview was actually going to consist of.

Really now. He wouldn’t have gone to the interview if he knew he’d have to confront his sexual misconduct in it? We’re shocked.

The lawsuit includes an elaborate plea, explaining that the judge and his family have been faced with tremendous strain and suffering following the release of the damaging episode, “given his status as a prominent conservative and a God-fearing person of faith.”