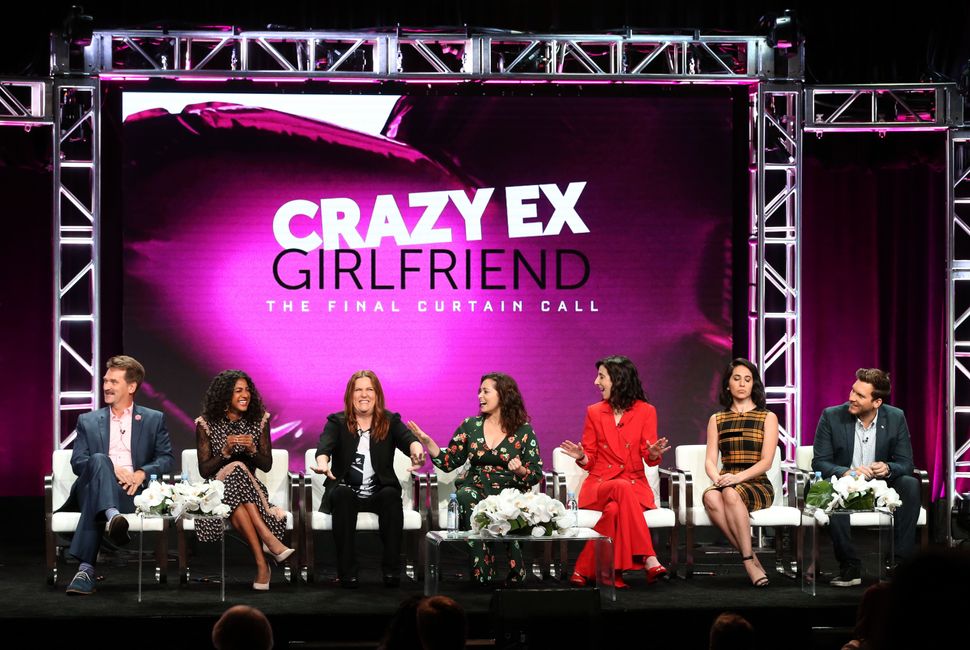 The CW show, an intoxicating blend of Jewish cultural references and lighthearted looks at mental illness, will begin its fourth and final season next week. Co-created and anchored by irreverent comedian Rachel Bloom, the show was always a dark horse, especially in a golden age — casting racially and physically diverse players sans big names, it returns again and again to issues of mental illness through song. It seemed no more likely to succeed than a rollerskating-based mockumentary about rare soup recipes.

And yet, it did. The show has garnered a cult-following and enjoyed a full arc of weird, tuneful storytelling.

We can’t wait to see what bizarre, possibly offensive high-jinks the crew gets up to in their last act, in which Rebecca goes to jail (cue the “Cell Block Tango” sendup,) Nathaniel goes on “a death-wish adventure,” and Donna shines heroic.

Oh, Rachel Bloom/Rebecca Bunch! Take us away! Take us to West Covina.