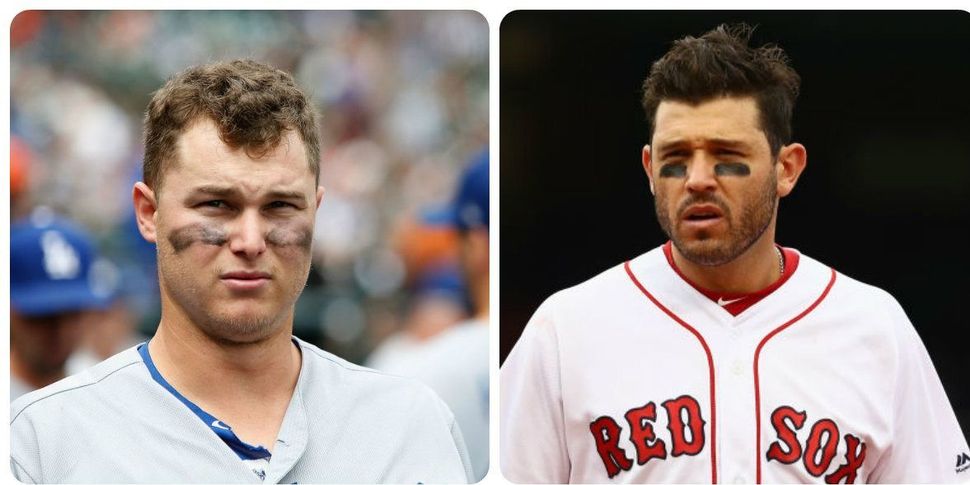 Shalom, self-haters, anti-Semites, and non-believers! It’s that time of year once again, when we at the Schmooze remind you that Jews aren’t as bad at sports as you believe.

The 2018 Major League Baseball World Series begin Tuesday at 8:09 pm for some reason, and you’d better believe we have tracked down all two Jews who will be playing America’s favorite game. And also, we are here to say that for a group that makes up 2% of the country’s population, two out of fifty ain’t bad — it actually puts us at 4%. (That’s math, folks! Just another one of our strong suits.) Last year our people hit it out of the park, so this year our expectations are stratospheric.

For the Los Angeles Dodgers, 26-year-old centerfielder Joc Pederson is returning to defend his title as reigning Jewish World Series Participant. His team lost last year, but it hardly matters since his sports star has continued to be on the rise, and since, just as importantly, his Jewish lineage is a real home run as far as genealogical inquiry goes. Pederson, proof you should never judge a person’s Judaism by his name, is an American Jew by way of 19th century Jewish immigrants. His great-great-great-grandfather and great-great-great-uncle were charter members of the historic synagogue Temple Emanuel in San Francisco, so you know he’s owed a favor upstairs. And it doesn’t hurt that he’s on Koufax’s team. Last year at this time he was hitting the Series’ first grand slam.

Second baseman Ian Kinsler is a bit of a Cinderella story, or whatever the baseball equivalent is. (Probably also Cinderella! Cinderella is so universal!) He was the 496th draft out of college, but has spent years spinning cowhide into gold on the Texas Rangers, Detroit Tigers, and Los Angeles Angels. He is a sports prince, born to a Jewish ball-player-slash-prison-warden (must have been a relaxing childhood) and a Catholic mother. When he joined the Tigers, Hank Greenberg’s team, he started exploring his Jewish identity. What can we say? At 36 years old, he’s still a tough-talking, mustachioed mensch who’s considered one of the greatest Jewish baseball players of all time. He’s a tough hamentaschen.

With any luck, both Pederson and Kinsler are practicing right now with one thought only in their hearts: baseball is a very nice game. But the thing that really matters is making the Jewish people proud, and that they have both already done.