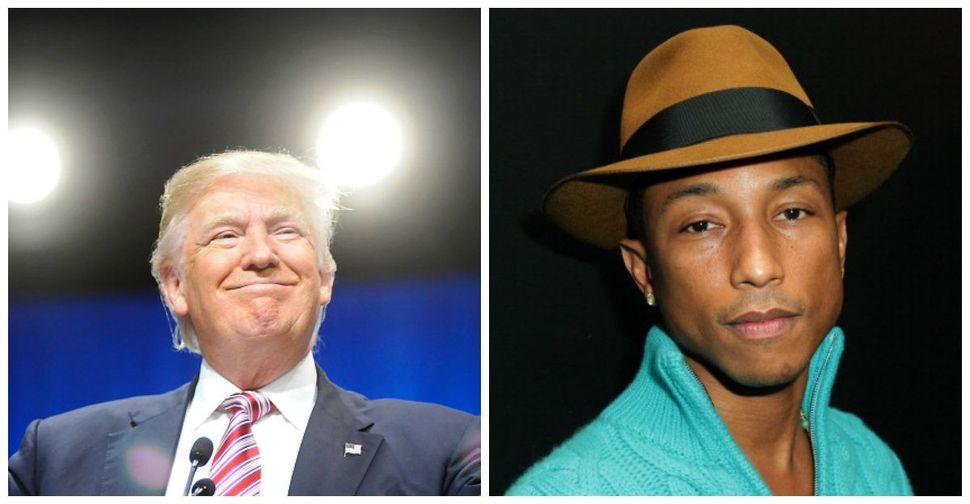 Pharrell Williams is not “Happy” with President Trump right now.

The President incongruously played the Williams’ song “Happy” at a rally that occurred shortly after the tragic and deadly shooting in a Pittsburgh synagogue on Saturday. Though this is not the first time the producer’s music has been used at Trump events, this was apparently the last straw.

The singer sent the president a cease and desist letter yesterday, citing the highly inappropriate use of his hit song on such a tragic day for the Jewish population and the American public. On behalf of Williams, lawyer Howard King blasts President Trump in this letter, writing, “On the day of the mass murder of 11 human beings at the hands of a deranged ‘nationalist,’ you played his song ‘Happy’ to a crowd at a political event in Indiana.”

The letter continues to lambaste Trump’s use of the popular tune, saying that the president has violated copyright infringement and trademark rights. “Pharrell has not, and will not, grant you permission to publicly perform or otherwise broadcast or disseminate any of his music,” King writes.

The legendary rapper and producer is clearly upset by the galling insensitivity of using his music on the day of a national tragedy. At the same event, the President attempted to elicit a few laughs with wisecracks about having a “bad hair day.” Maybe he should have gone the Pharrell route and worn a hat?

Everyone deals with trauma differently. But the day of a terrorist attack is just no time for singing along to the lyrics, “Here come bad news, talking this and that!/Well, give me all you got, and don’t hold it back/ Well, I should probably warn you I’ll be just fine/No offense to you, don’t waste your time/Because I’m happy…”