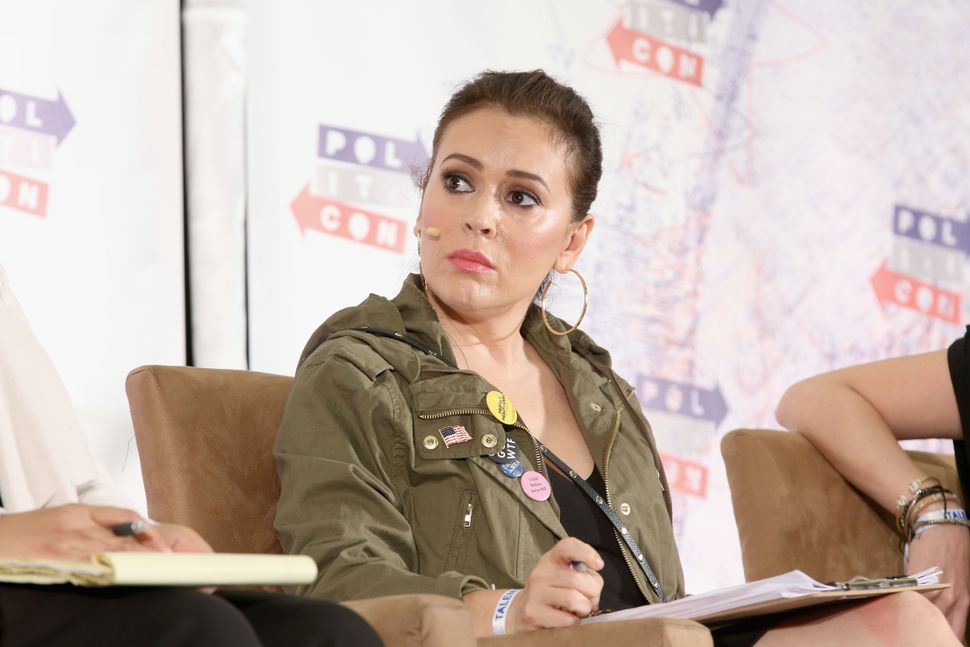 Milano, an actress who has become one of the most public faces of the #MeToo movement, censured those Women’s March leaders for their continued refusal to publicly distance themselves from Farrakhan, the Nation of Islam leader who has called Jews “the synagogue of Satan” and most recently seemed to compare them to termites, among other anti-Semitic slurs.

Milano’s move to divorce herself from peer activists over Jewish issues is yet another fissure in the progressive movement that has some Jews citing anti-Semitism on the left.

The criticism stems from Mallory’s frequent attendance at Farrakhan’s events, including a speech earlier this year in which Farrakhan stated, “The powerful Jews are my enemy,” and accused Jews in Hollywood of “turning men into women and women into men.”

In the face of public pressure — including from many leaders of local Women’s March chapters around the county — Mallory refused to denounce Farrakhan. Sarsour, a Palestinian-American who was already a tremendously divisive figure in the Jewish community, strongly backed Mallory in a Facebook post, lashing out at critics for “trashing a strong black woman and holding her accountable for the words of a man.”

Milano, who is credited with helping amplify activist Tarana Burke’s initial #MeToo call for women who have experienced sexual assault and harassment, told Advocate that she hopes to refocus on issue of children separated from their parents at the border as she distances herself from the Women’s March leadership.