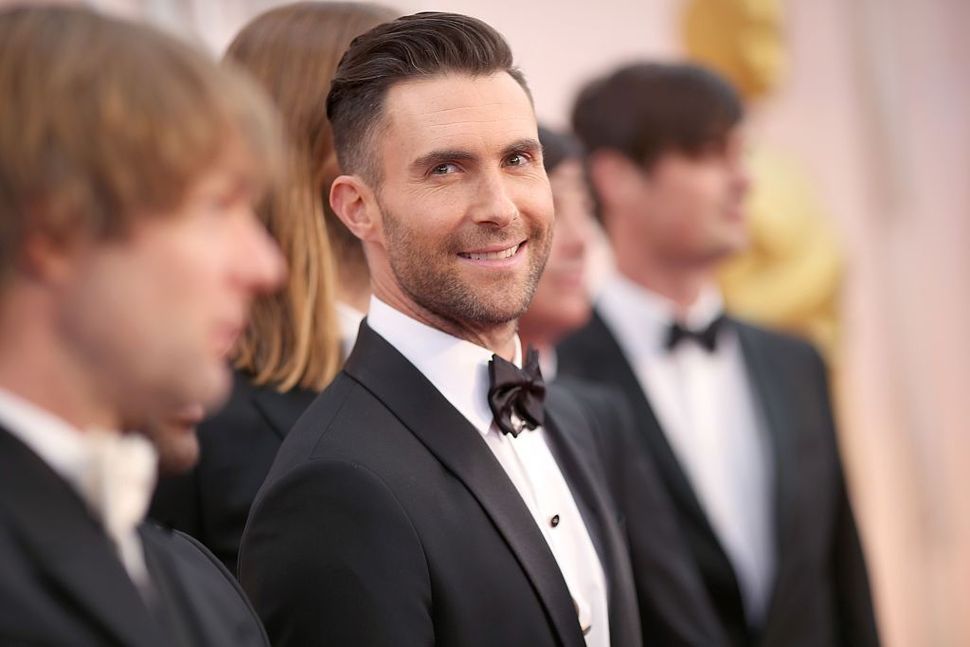 Adam Levine is almost 40 years old and he doesn’t need a babysitter.

The tatted up, smoldering Jewish frontman of Maroon 5 opened up in an interview with Variety about his unyielding respect and value for women, his pop-music ideology, and his future.

Levine, despite whatever you may have thought or heard about him, is ready to be your feminist crush.

The singer explained that, as a husband and father of two, he is deeply committed to promoting feminism through the powerful platform fame offers him. He chose to center his hit song “Girls Like You” around this concept, inspired by his own girls.

“I have two young daughters, and to think about them being mistreated at all — ever — made my blood boil,” he said. “In the video, I was doing it for my kids and my wife. If anyone doesn’t understand the intentions, f**k ’em.”

Levine was eager to have explosive rapper Cardi B on board for the song. He says that he told her, “I want you to put something down that shows your fierceness as a woman and say it however you want.” Adam Levine, a Cardi B stan? Indeed. “I knew she was going to murder this verse and bring the song to a whole new place,” he says. “She was vital. I begged her to do it.” Gal Gadot, Aly Raisman, Sarah Silverman and Tiffany Haddish also appear in the blockbuster music video.

Incredibly, Levine reveals that “Girls Like You” was not always set to be part of the album. He says, “It was an eleventh-hour addition. Starrah wrote just a verse and chorus, and I thought, “This song is everything.” I had to beg, like, “Guys, we’ve got to get this song on the record. I don’t know why — we just have to.”

The song has taken on a new level of relevance in the post #MeToo era, as women continue to take down gender barriers and achieve breakthrough accomplishments. The singer proudly explains, “Look what just happened: We had a historic [midterm] election with how many women turned out and ran. Like, hell, we can actually do this! That’s why the iconography of the video is really important — for all of us to remember as men to support these women.” He went on, “Let’s be pillars of strength and support and not approach it from a defensive standpoint, or one that would suggest I know anything about how a woman would feel. Remain reverent to what is happening and not claim to know. Just be a set of ears.”

Levine admits that it’s not easy to produce a universal hit song, “I always say that, to me, it’s so much scarier — and it makes you far more vulnerable — to attempt to connect with everyone.”

Hey, being willing to connect with the fifty percent of the population that’s not your gender — that’s a pretty great start.