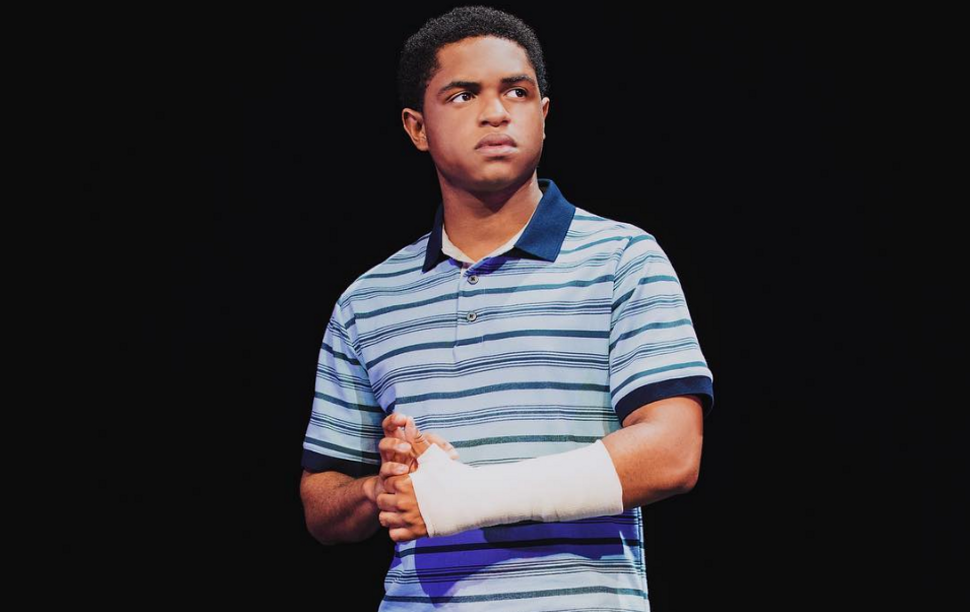 Today is going to be a good day. And here’s why: because today, today you’re you, and you’re making Broadway history.

20-year-old Roman Banks only made his professional acting debut a few months ago, but today he’ll be the first actor who is a person of color to play the title role in the blockbuster musical “Dear Evan Hansen” on Broadway, Broadway World reports.

The Tony winning box office smash musical, improbably about anxiety, depression, and suicide among tech-inundated teens, originally starred Ben Platt in the title role. Banks understudies Evan Hansen, currently portrayed by actor Taylor Trensch, as well as two other characters in the Broadway production. When he was cast, Banks, who had previously tweeted Platt asking “if there could ever be a black Evan Hansen on Broadway” told a reporter for his college, Shenandoah University, “I’ve gotten endless amounts of messages from people of color, both young and old, telling me how much it means to them that I’ll be playing the role. The show is gaining new fans out of their desire to see a person of color portray the iconic character.” Today, his dream will be fully realized.

“Dear Evan Hansen” was written by Jewish playwright Steven Levenson and half-Jewish songwriting team Benj Pasek and Justin Paul, and the character of Evan Hansen himself is Jewish, too. Seeing a black actor as the star of one of the biggest shows on Broadway is something. Seeing a black actor starring in one of the biggest shows on Broadway as an expressly Jewish character is even better.

As Banks told Shenandoah University, “People who had given up their dreams, due to the hardships that actors of color face, have been inspired again to pursue them. Fans who have already seen the show now want to come back and see it once more. It fills my heart with love and hope. I feel so blessed to have been chosen for such a special thing during such a difficult time for people of color in this country. It makes me want to do my best so that I can pave the way for those who wish to follow in my footsteps.”