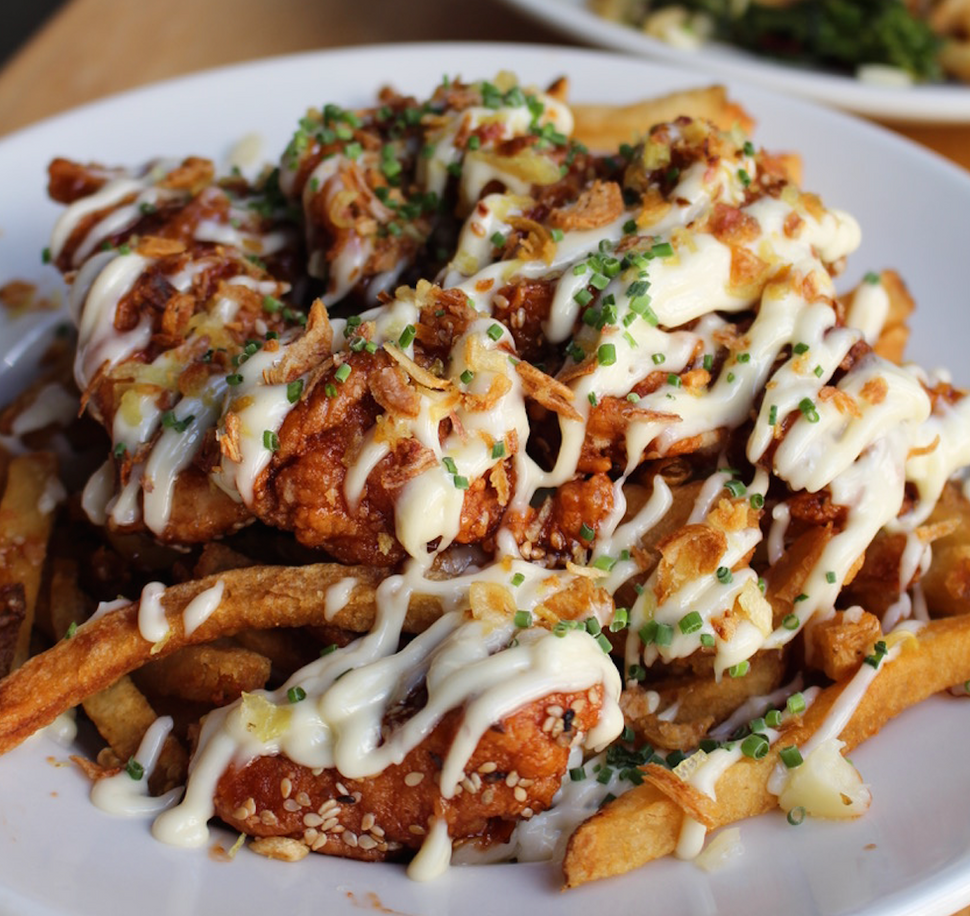 For many, Christmas is the “most wonderful time of the year.” For some of us, it’s just… Tuesday, this year. But there are plenty of places for Jews to observe in our own way — by eating and laughing. Here’s a roundup of the coolest Jew-y Christmas happenings across the country:

The General Muir, Atlanta
December 22/23
thegeneralmuir.com
Anything Todd Ginsberg does at his Atlanta uber-deli is worth checking out, and his whimsical, Chinese-Jewish fusion Christmas menu is no exception. Awaiting you: Shiitake mushroom and chicken soup with matzoh balls, smoked salmon Rangoon, beef & broccoli, General Tso’s Chicken, and rugelach and almond cookies for dessert. For just $38, it’s worth a special trip.

Genghis Cohen, Los Angeles
December 25
genghiscohen.com
For this ultra-hip LA Chinese palace, Christmas “is like the Super Bowl.” According to the eatery, it’s “the busiest day of the year.” With that in mind, the resto will edit its massive menu — 150 “greatest hits” — to 70. Final lineup wasn’t confirmed at press time, but could include staples like orange-peel chicken, BBQ spare ribs, and the inimitable “Krispy Kanton Knish”, a not-so-kosher delicious mish-mash in deep-fried tofu wrappers.

Freedman’s, Los Angeles
December 22/23
freedmansla.com
Along with its regular dinner menu — exceptional, cheffy matzo-ball soup, brisket, house-made pickles — this white-hot LA deli will roll out a Chinese-themed menu for two nights before it shutters for the holidays. They’re still deciding on the menu, a representative for the deli told us, but last year’s lineup included scallion pancakes, Kingdom pork cutlets, and a whole fried lobster with wok-charred greens. Hey, we didn’t say it was kosher.

Belle Bottoms – A Very Jewy Christmas, San Francisco
brownpapertickets.com/event
We can’t top the description from this event’s creators, so here you go: “This Jewy Christmas spectacular will have you laughing until you plotz. Full of schmaltz, this show will be unlike any previous — we’ve got klezmer, we’ve got musicians, we’ve got a lineup of amazing guest artists, and maybe we’ll even throw in a little Chinese food. This show will fill all your goyish needs for Xmas festivities, while keeping it real for the chosen peeps.” Heads (and wigs) up: Belle is a fabulous San Fran drag queen.

Green Fig, New York City
Yuval Litmanovich’s highly regarded Israeli restaurant will serve an exquisite three-course menu on December 24 for a very attractive $49. Among the starters: Lamb flank and carrot/turmeric soup. Mains include apple-cider baby back ribs and pan-seared cod, and there’s a Moroccan donut with pumpkin toffee among the desserts.

Mile End Deli, New York City
mileenddeli.com
December 24/25
It’s “A Chinese Christmas in Brooklyn” at the flagship of this beloved nouveau-deli chain-let. Tie on a bib for garlic cucumber salad, smoked whitefish Rangoon, brisket bao with scallion and hoisin, hot & sour soup, schmalted chow fun, pineapple, fortune cookies, and more. It’s $75 for adults and $35 for kids, and a vegetarian option is yours for the asking.

The Matzo Ball
Boston, New York City, Philadelphia, Los Angeles, Miami, Delray Beach, Fort Lauderdale, Washington, DC
The inimitable Christmas Eve club event for Jewish singles is a 32-year, booze-soaked tradition. The Forward attended last year, and so can you, in some of the most Jewishly-populated cities in America.