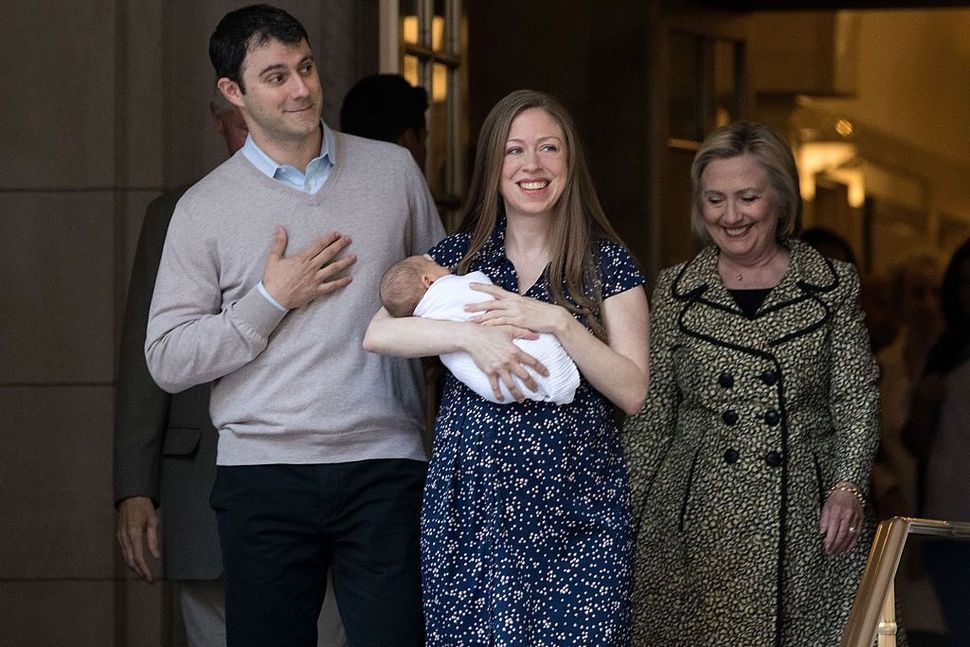 The Clintons have an announcement — no, not that one. Former first daughter Chelsea Clinton announced on Twitter on Tuesday that she and husband Marc Mezvinsky are expecting baby number three, due in late summer.

“We cannot wait to meet our new addition,” Clinton, 38, tweeted. The couple, who wed in a climactic interfaith wedding in 2010 (rabbis and ministers and think pieces, oh my!) have daughter Charlotte, four, and Aidan, two. “Marc and I have loved watching Charlotte be such a wonderful big sister and we’re excited to watch Aidan become a big brother!” Clinton wrote.

Marc and I have loved watching Charlotte be such a wonderful big sister and we’re excited to watch Aidan become a big brother! We cannot wait to meet our newest addition later this summer.

In 2017 Clinton, who has carved out a niche for herself on late by spearheading a new trend of being polite on the internet, serves on the board of directors for the travel site Expedia, alongside her work for the Clinton Foundation. In 2017 she wrote the women’s rights-focused picture book “She Persisted,” and insisted that she is not running for office.

In 2017, Mezvinsky was hired by investment firm Social Capital as vice chairman. He continues to look like a younger version of David Wallace from “The Office,” a fact that is not discussed nearly enough.